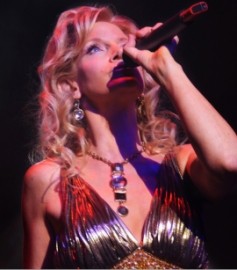 (no reviews)5.0
Country: United Kingdom
Based In: South East
Performs: Worldwide
From: Please contact for a quote £/€

Suzi works with various band line ups from 10 to 3 piece or as a solo performer. Her style is sophistication and class which is reflected in her international shows for Valentino in Rome and for Princess Caroline of Monaco in Monte Carlo.She covers Pop to Big Band/Jazz
Request a Quote
Share this Page:
Profile Views: 1740
Report this profile

With full glamour dresses in '50s Hollywood style that reflect her early MGM musical influences, Suzi represents sophistication and style mixed with a little sass. Her repertoire draws from the Rat Pack era featuring classics from Ella, Peggy, Etta James, Shirley Bassey and more. From there she moves effortlessly through the Soul and Motown catalogue through to modern hits of today. Whether appearing with her 10 piece band or with musicians ranging from 6 to duo or even on her own, Suzi will work with you to help your night be the most special and memorable occasion. 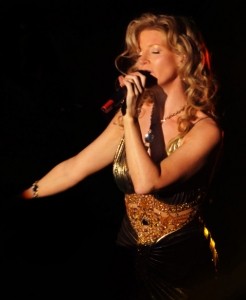 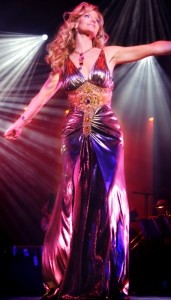 Suzi has sung for their Serene Highnesses Princess Caroline and Prince Albert of Monaco in Monte Carlo, for Valentino at the Galeria Borghese in Rome and for the Beckhams at their "Beckingham Palace" home. She has also been flown to St. Moritz Mauritius and Marrakech to perform at themed events for weddings and private parties. At home she has appeared at most of the prestigious venues on the national circuit from Cliveden to Blenheim Palace and from the set of Downton Abbey at Highclere House to West Wycombe Park. She was featured as the wedding singer on ITV1's "Footballers' Wives" and reg ... ularly sang at the wrap parties for BBC1's "Casualty" where she worked for 5 years as Receptionist. In recent years, she has added Guest Headline Vocalist to her repertoire on board most of the world's leading luxury cruise lines including Royal Caribbean, Celebrity, Carnival, Holland America, Silver Seas and Oceania. She has previously toured the UK with Jools Holland and backed Tony Christie in Frankfurt.