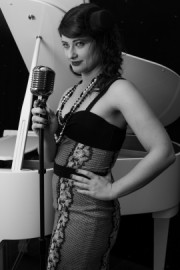 (no reviews)5.0
Country: United Kingdom
Based In: London, London
Performs: Within 25 Miles
From: £300

Singer and Actress, Viviana Zarbo was born in Sicily (Italy). She studied singing, acting and dancing in Rome in different schools: "A versatile artist, made her artistic debut at 15. After that she performed in different plays such as: "Funny Love", "Il cielo è sempre più blu","Evita" "Nostos", "L’angelo e la Fiammiferaia", the musical "Cleopatra", "Signori si va in scena" (a tribute to Bob Fosse). In addition she has performed in an international tour (Italy, New York, Berlin and Sao Paulo) in the musical "The Dreamboat".
Since 2012 she is based in London, where she has graduated at T ... he American Musical Theatre Academy of London and where she has performed in differrent plays such as: "Twelve Angry Jurors", "Elegies for Angels Punks and Raging Queen" and "Sweet Charity" directed by Kenneth Avery-Clark.
Recently, thanks to her great versatility, she has approached the jazz world, researching common features between jazz music and musicals and taking this stunning experience of contamination between jazz and musical as a starting point, she has developed a innovative repertoire of music and songs recalling per certain ways music of the forties/fifties 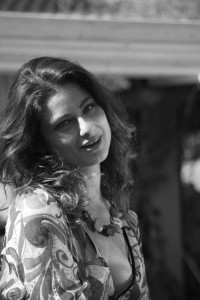 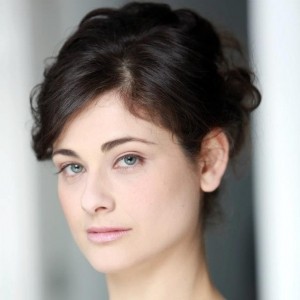