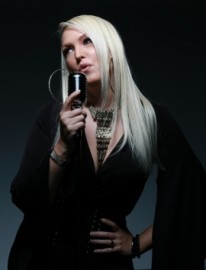 LOVINGLY REFERRED TO AS A "SOCA DIVA" IN TRINIDAD AND TOBAGO (THE BIRTHPLACE OF SOCA), YOUNI-T (Pronounced UNITY) BRINGS THE FEEL GOOD CULTURE OF THE CARIBBEAN CARNIVAL TO THE MAINSTREAM MASSES BY FUSING IT WITH EVERY MAINSTREAM GENRE KNOWN TO MAN! TAKING THE WORLD BY STORM WITH HER PLATINUM VOCALS AND HOT NEW SOUND, YOUNI-T IS THE FRESHEST FLAVOR ON THE GLOBAL MARKET. ABLE TO FLIP IN AND OUT OF THE "TRINI-ACCENT" ON A WHIM, SHE TAKES AUDIENCES ON A CARE FREE- JUMPIN,' WAVIN', AND WININ' (DANCIN), ISLAND ADVENTURE! GRAB YOUR RAG, FLAG, AND FEEL GOOD VIBE AND GET READY FOR A YOUNI-T EXPERIEN ... CE THAT WILL DEFINITELY LEAVE YOU HUNGRY FOR MORE! ON A MISSION FOR "1 WORLD. 1 VIBE" YOUNI-T IS CHANGING THE GAME AND RE-WRITING MUSICAL HISTORY!
(In addition, YOUNI-T can cover any American hit in its original form, or flip it into soca. She can also cover almost any top Soca artist on the market. However, she is most known for her original work as the AMERICAN SOCA QUEEN.) SHE CAN PERFORM AS A SOLO ACT OR ORGANIZE A FULL BAND FOR ANY EVENT, and is also willing to perform with other professional musicians that can capture the essence of her unique sound ! For more info check out www.youni-t.com

WILL CREATE SHOW BUILT TO SUIT YOUR EVENT AND AUDIENCE. NO MATTER THE SHOW OR THE CROWD, YOUNI-T HAS SOMETHING FOR EVERYONE IN HER MUSICAL BAG OF TRICKS!

A Wisconsin native, transplanted to Miami, YOUNI-T began her musical journey at age 5. She was classically trained as an Opera singer and went on to sing every genre on the planet in a variety of cover bands. She also lived and taught music in Kenya, Africa. After returning to the States, she was introduced to the carnival culture and Soca music of Trinidad and Tobago. YOUNI-T instantly fell in love with the music and culture and decided to invent her own genre of soca-fusion music, becoming the first All American to enter the Soca game. Writing her own material, and keeping an open mind, ... YOUNI-T has crossed Soca with Hip-Hop, Dance, Pop, R&B, African Vibes, Trap, Funk, Soul, and Rock N Roll in a tireless effort to bring Soca to the mainstream masses as a GLOBAL phenomenon.
In 2014, she took her unique sound and touched down on the twin islands of Trinidad and Tobago and became the first ALL AMERICAN CAUCASIAN FEMALE to ever perform Soca music live on the stages at Carnival time. In addition, she was also the first All American Caucasian female in HISTORY to get radio play, as well live TV and Radio performances, and was also featured in the Top Newspapers and Magazines in the country.
Proving herself as a force to be reckoned with, she is building her own American Soca Empire and invites everyone to revel in the joy of soca music and the ONE LOVE culture that surrounds the essence and music of YOUNI-T. 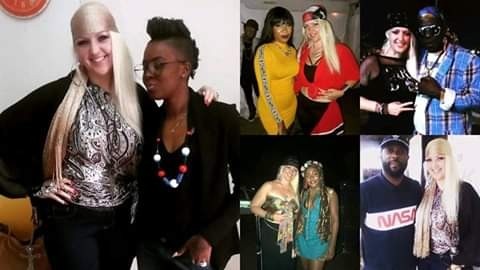 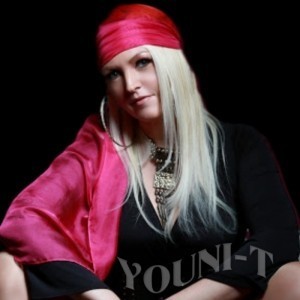 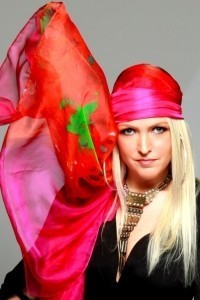 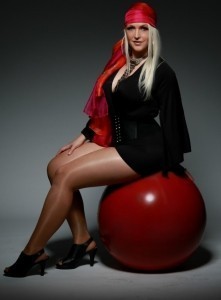 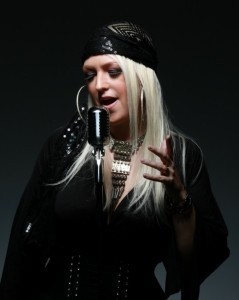 AVAILABLE FOR SOLO ACT OR CAN ARRANGE A FULL BAND DEPENDING ON YOUR NEEDS. WILLING TO WORK WITH PROFESSIONAL MUSICIANS CAPABLE OF PLAYING HER UNIQUE SOUND OR PROVIDE HER OWN BAND IF NEEDED.