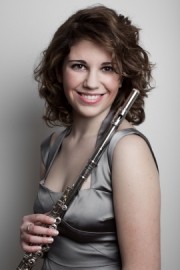 Lindsay Bryden is pursuing a Master of Arts in flute performance under William Bennett, OBE and Paul Edmund-Davies and piccolo studies with Patricia Morris at the Royal Academy of Music in London, UK, with the support of a generous award from the Sylva Gelber Music Foundation*. She is a graduate of the Royal College of Music where her principal teacher was Simon Channing and where she was a RCM Scholar. She is a graduate and winner of the Fine Arts Award for flute from Interlochen Arts Academy in Michigan, USA and former student of the Canterbury Arts High School program in Ottawa, Canada. P ... ast teachers include Ottawa free-lance professional Beverley Robinson and former Detroit Symphony principal flutist Ervin Monroe.
Lindsay has had the opportunity to work with internationally renowned masters of flute and piccolo, such as Royal Concertgebouw principal Emily Beynon and piccoloist Nicola Mazzanti of the Maggio Musicale Fiorentino Orchestra in Florence, Italy. She has performed in a number of masterclasses, including for Sir James Galway, Jim Walker, Emmanuel Pahud and Susan Hoeppner. She is an extra for the London Philharmonic Orchestra and is active in recording for new composers and working with ensembles including Ensemble Lunaire, the London Beethoven Project and Kamberlite, a duo partnership with British clarinetist Sabina Heywood. She has been a guest principal for Orchestra Vitae, the Imperial College Orchestra and the Haversham Symphony Orchestra. She has been privileged to perform as a soloist in such outstanding venues as the National Arts Centre in Ottawa and Cadogan Hall in London. She made her St Martin in the Fields debut in November 2011 and was presented in recital at the Royal Albert Hall in September 2012 as part of their Classical Coffee Morning series.
Lindsay has actively participated in a number of developmental courses including NeFlAc's YIP and Audition Training programs, the Scottish International Flute Summer School, the Banff Summer Music Program, Charterhouse International Music Festival, Boxwood Festival, Domaine Forget, “Beyond the Masterclass”, Weggis International Flute Masterclass and the Julius Baker Flute Master Classes. 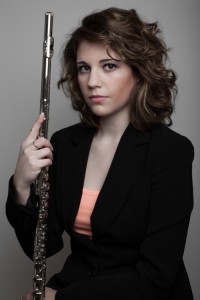 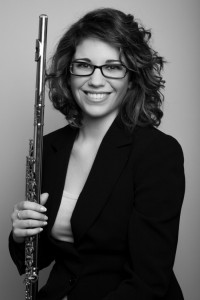