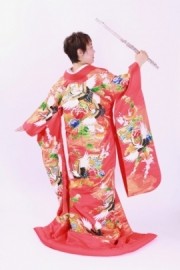 (no reviews)5.0
Country: Japan
Based In: Tokyo, Japan
Performs: Worldwide
From: Contact

Momo is a well-known, unique and distinguished artiste. She performs traditional and original Japanese music while dressed in her colourful kimono costumes. Her music and performance are both haunting and spellbinding.
Request a Quote
Share this Page:
Profile Views: 2110
Report this profile

Japanese "kimono" flautist / Composer, Momo Sakura is a well-known, unique and distinguished artiste. She performs traditional and original Japanese music as well as traditional classical music while dressed in her colourful kimono costumes. Her music and performance are both haunting and spellbinding. She is popular in Japan and Australia and has several CDs to her name.

Tokyo-born Momo started playing the piano at the age of nine, then flute studies at the age of ten.
She studied at the Tokyo College of Music and gave her first solo recital in Perth.
She taught flute at St.Hilda's school of girls, Prendiville Catholic College, John Septimus Roe Anglican School in Perth from 1997 to 2001.She is a professional interpreter recognized by NAATI. (National Accreditation Authority for Translators and Interpreters ) Started composing in 2000.
In 2000, western australian guitarist, Simon Rovis-Hermann joined her, formed flute and guitar duo "SilverStrings", the ... y toured Cairns and Japan, gave 12 concerts.
Started performance as Japanese "kimono" flautist since 2006.
Her first concert "Very Japanese Concert" was so popular, was sold out!
In 2007, she wrote her original work "the Snow woman" based on the story of "Yuki onna" by Yakumo Koizumi. The premiere performance was conducted by Consulate General of Japan in Perth.
In January 2009, her "kojo no tsuki" performance was used for TV documentary programme "Bombers moon" PBS Network, United states.
In 2010, she completed the album "Ise ~heart of the Isuzu river" which is combination of natural river sound of the sacred Isuzu river and momochiyo’s flute sound. This album certainly gives an opportunity to meet something very ancient and sacred Japanese beauty.
Latest album is "ISE ~heart of Isuzu river~, available at iTunes store.
After the Great East Earthquake, March 2011, she had many charity performances in Australia.
Since 2015, State Library of Western Australia has her all works, and gave a full recognition as artistic heritage of Western Australia.
She regularly gives concerts both in Australia and Japan. 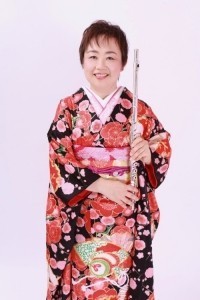