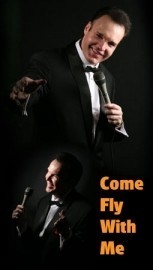 Ian Gallagher brings a Classic, Creative, Passionate & Professional Sinatra Performance for those special moments. He has performed with and for the cream of the showbiz world. He is based in Essex, UK and is available to perform world wide.
Request a Quote
Share this Page:
Profile Views: 1280
Report this profile

Looking for the best Frank Sinatra Tribute Act? You have come to the right place. You’re not booking some ‘Stranger In The Night’ because Ian Gallagher has over thirty years experience singing Frank Sinatra songs in the style of the great Frank Sinatra.
This lifelong interest has made Ian a considerable authority on the lives of Frank Sinatra and The Rat Pack and his extensive knowledge has led him to be sought for television and radio interviews. Last year Ian appeared no less than sixteen times on national television playing Frank Sinatra and he is the preferred first choice for cl ... ients seeking an authentic Sinatra tribute show.
Ian can appear with a complete Big Band, quartet or trio – you decide on the size of the band for the tribute show, but whatever your choice you are guaranteed musicians of the highest calibre, and arrangements that are true to the original Sinatra scores.
From the moment the Classic Sinatra Show starts, Ian’s high regard for Frank Sinatra’s music is evident. His energy and passion for this legendary King of Swing will have your toes tapping and you’ll want to sing along, get up and dance.
Music from many other great swing singers of the era can also be included in the show and favourites like Dean Martin’s ‘That’s Amore’ and Sammy Davis Junior’s ‘Mr Bojangles’ are always very popular. The music of Britain’s Matt Monro and hits from other great artists like Tony Bennett, Andy Williams and Nat King Cole all contribute to an outstanding show that has enthralled audiences worldwide.
At each performance you have the option for Ian to set the scene by dressing the room with some of the finest collection of Sinatra memorabilia in the world. He has spent years bringing together mementos that tell a little of the life story of Mr. Sinatra, these treasures include a telegram from Grace Kelly when he received his Oscar, genuine signed photographs of the Rat Pack and 24 carat gold signed discs. Huge canvas paintings of Frank and the Rat Pack bring to life the swing era, and Sinatra’s trademark hat and a bottle of his favourite tipple Jack Daniels remind you of the great man himself as Ian takes to the floor. It’s always been important to Ian to be as true to his idol as he can and the suit he wears on stage is an exact replica of Sinatra’s trademark black tuxedo and his hat has been acquired from Mr. Sinatra’s milliner.
Hear many of the hits including:
My Way
Strangers In The Night
I Get A Kick Out Of You
For Once In My Life
Love And Marriage
Let’s Face The Music And Dance
Come Rain Or Come Shine
Night And Day
Pennies From Heaven
I’ve Got You Under My Skin
All The Way
Something Stupid
The Way You Look Tonight

Ian Gallagher is widely regarded as the finest Big Band vocalist and Frank Sinatra impersonator in the UK.
Many singers try to impersonate Frank Sinatra, but there's no-one quite like "Frank Sinatra Tribute Act", Ian Gallagher. Ian has been singing professionally for over 30 years and has appeared around the world, singing Sinatra songs to audiences of Frank Sinatra fans.
With a Sinatra Tribute Act that's based in the London Area, if you're looking for a singer for a wedding, function or corporate event, Ian Gallagher is the perfect choice. Ian performs renditions of over 300 different F ... rank Sinatra songs (spanning the duration of Ol' Blue Eyes' career), so whichever Sinatra song you most want to hear, you can be confident that he will know it. 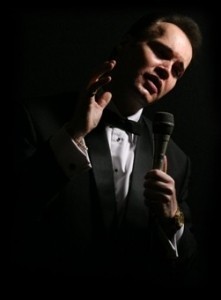 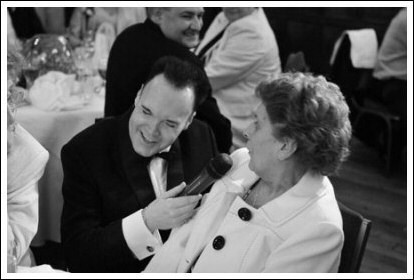 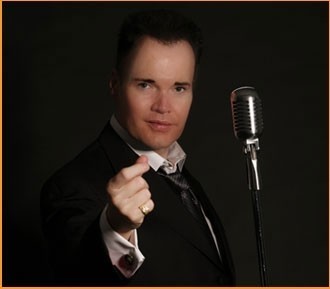 Recognised as one of the very best Frank Sinatra Tribute Acts in the country Ian has performed at top venues including the London Palladium, Buckingham Palace and even performed at Sir Andrew Lloyd Webber's wedding.