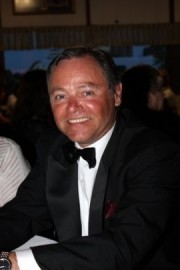 Toronto based Dan Lauzon, has had a long and illustrious career as an actor and a Singer. Winner of the Hoboken Sinatra Idol Contest.
: 289-260-XXXX Click here to reveal
full number

When contacting this member, please state that you are viewing their Entertainers Worldwide profile.
Request a Quote
Share this Page:
Profile Views: 920
Report this profile

Dan will take you back in time as he sings Frank Sinatra's greatest Hits. Song after song you will think that you're actually listening and watching Frank Sinatra.

Dan knows Franks Greatest songs. From My Way to Luck Be a Lady, Under My Skin, Summer Wind, One for My Baby, It Was a Very Good Year, The Way You Look Tonight, New York, New York and so much more.

Toronto Based Tenor, Dan Lauzon, has had a long and illustrious career as an actor and singer. Now, at a point of his life when most people think of retirement, he has launched a second career to pay tribute to one of his greatest influences. "My goal is to preserve the memory of the late, great Frank Sinatra, one of the worlds greatest entertainers, at his peak.
Dan Lauzon's tribute to Frank Sinatra has become far more successful than he has ever dreamed. It has given him the opportunity to sing with some of the continent's greatest big bands and also perform as a solo artist, with backing t ... racks.
Dan has won 1st place in the Spittin Image Celebrity Impersonator Competition, 1st place in the Shadow of Kings Festival and 1st place in the 2018 Hoboken Sinatra Idol Competition. It just doesn't get better than that.