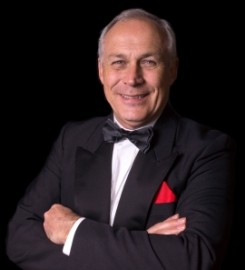 (no reviews)5.0
Country: United Kingdom
Based In: Northamptonshire, East of England
Performs: Worldwide
From: £650

Swing Sinatra does just that, all the most popular songs from the great man done in an incredible homage to probably THE voice of the 20th century. With such a huge catalogue to choose from the show can be tailored to suit any venue and set requirements. Fully self contained with quality backing tracks, charts or with his own big band means it can also suit most budgets. Mel can also perform general covers to fill the dance floor with songs from the 50's up to date to enhance any party.

COME FLY WITH ME Incl Sands Intro
ONE FOR MY BABY
THE LADY IS A TRAMP
NICE AND EASY
SUMMER WIND
MY KIND OF TOWN
BAD BAD LEROY BROWN
WITCHCRAFT
WORLD ON A STRING
THEY CAN’T TAKE THAT AWAY FROM ME
HAVE YOU MET MISS JONES
VERY GOOD YEAR
BEYOND THE SEA
FOR ONCE IN MY LIFE
NOBODY TIL SOMEBODY LOVES YOU
KICK IN THE HEAD
WHERE OR WHEN
FLY ME TO THE MOON
YOU MAKE ME FEEL SO Y ... OUNG
THE BEST IS YET TO COME
CRY ME A RIVER
STRANGERS IN THE NIGHT
I’VE GOT YOU UNDER MY SKIN
THAT’S LIFE
MACK THE KNIFE
MY WAY
NEW YORK NEW YORK

1997 Mel started his career on a semi pro basis at the tender age of 39 with a band local to his area called On the Rocks, playing working men's clubs, it gave him the grounding and the confidence to develop his singing style and also discover what type of songs suited his voice.
2001 Mel was approached by guitarist Kev Rees, bassist Kev Griffiths, Tracy Rees on keyboards and Jules Richardson on drums, this line up was to become Breeez, for 5 years playing clubs and private functions around the Midlands. It was Mel's time with Breeez that allowed him to develop his "Elvis" and "Cliff" charact ... ers, not to be confused with tributes, and give him invaluable experience working with many varied audiences, the highlight of which was playing at the Wootton "Walk in the Park" festival in 2006.
2006 Mel decided to attempt some solo work, and as the year progressed it was obvious that there was going to be a conflict of interest with Breeez as solo dates started to come in for 2007, so with much regret and after five great years Mel left the band by mutual consent.
2008 proved to be a successful year with over 80 bookings around the Midlands and south east, and Mel also appeared in his first TV commercial for a well known shopping channel. It was during this time Mel started to receive more requests to cover Frank Sinatra songs and so over a short period of time he developed his own self contained tribute act "Swing Sinatra" as homage to the great man. With a marked resemblance in features it is often commented how close he can get to the real thing live.
2009 Mel teamed up with James Reynolds and developed the stage show "When Frankie Met Robbie" using the Robbie Williams Swing When Your Winning album as a template for a unique cabaret show. 2011 saw When Frankie Met Robbie hit Blackpool Pleasure Beach for the summer season and into the lights. 2012 saw the Frankie & Robbie show being booked into village halls, developing Swing Sinatra and also updating Mel’s cabaret act.
2013 to date
In recent years Mel has kept busy with both his Swing Sinatra show and general covers cabaret act, performing at many private functions including regular appearance at Dallas Burston Polo Club and a celebrity New Years Eve Gala at Towcester racecourse. As well as solo work Mel also works with Swing’s The Thing Big band in small theatres recreating both the Sinatra at the Sands show and the 1974 Madison Square Garden Main Event. 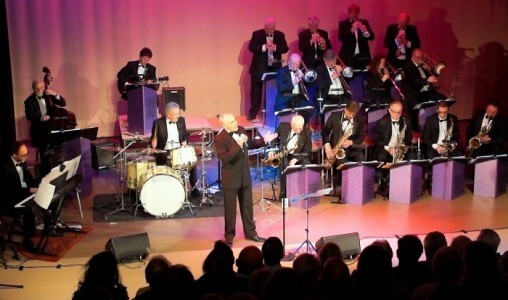 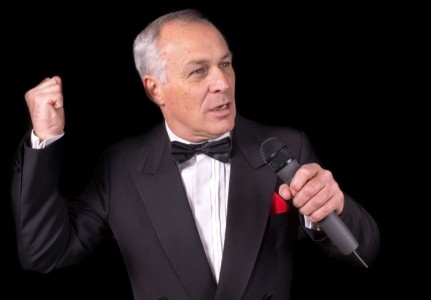 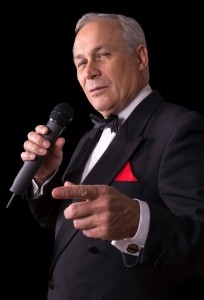