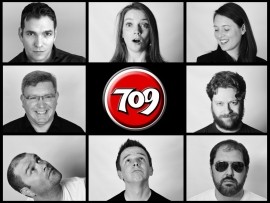 (5 Reviews)5.0
Country: Canada
Based In: Newfoundland and Labrador
Performs: Nationwide
From: $3450

When contacting this member, please state that you are viewing their Entertainers Worldwide profile.
Request a Quote
Share this Page:
Profile Views: 592
Report this profile

709 are a premier Newfoundland & Labrador party band entertaining on the local scene since 2007. Accelerated by its high-energy performances, popular song selections and sing-out-loud brand of music, 709 captivates crowds and keeps them partying all night long.
Whether you have corporate event, private party, wedding or bar guests that need entertaining, 709 can provide the atmosphere to make your event a total success. 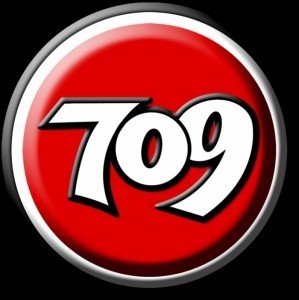 709.rocks - Function / Party Band - Newfoundland and Labrador Event Location: Sheraton Hotel, St. John's, NL Event Type: NLCA Gala 11th June 2016
709 is an excellent band with a very polished performance. They can play a wide variety of music but have a very good sense of playing what the crowd wants to hear. Once dancing begins, it doesn't stop until it's time to go and they always finish up with the audience wanting more. The band members are very friendly and engaging with their audience. As an organizer for our past two NLCA Awards Galas, I am very proud to say I selected 709 and received great reviews -­‐ I wouldn't hesitate to use them in the future
Reviewed by: Brad Sheppard
709.rocks - Function / Party Band - Newfoundland and Labrador Event Location: The Delta Hotel, St. John's, NL Event Type: Political Convetion 10th October 2015
WOW! If you wanna dance.... then 709 is your band! From disco to today's music - we knew every song! And you can't beat a band with brass - LOVED the horns! I'd recommend 709 for any event where you really want to get the party started!"
Reviewed by: Deborah Smith
709.rocks - Function / Party Band - Newfoundland and Labrador Event Location: CBS, Newfoundland Event Type: Wedding 18th July 2015
When Michael and I began to plan our wedding, we knew that we wanted to have the biggest and best party that we could, which meant that a live band was a must. We immediately contacted 709. 709 were incredibly professional and worked with us to make our reception everything we wanted it to be. From the moment the first song began to when the venue lights came on at the end of the night, the dance floor was packed. Our friends are still talking about our amazing night, and we credit so much of that to the music. If we could do it all again then we wouldn’t change a thing, and 709 would still be our first call.
Reviewed by: Allison
709.rocks - Function / Party Band - Newfoundland and Labrador Event Location: Sheraton Hotel, St. John's, NL Event Type: Christmas Party 17th December 2011
I had to plan a Christmas party for a large group of people and 709 made the event an unequivocal success. The variety of music and quality of the performance were amazing, and really got people up dancing. On the planning side, the band was great to deal with and logistics were easy. I’d highly recommend them for any event.”
Reviewed by: Nancey Wicks
709.rocks - Function / Party Band - Newfoundland and Labrador Event Location: Reid Centre, Mount Pearl, NL Event Type: Frosty Festival, Mount Pearl, NL 12th February 2011
Hi guys and gals....had the GREAT pleasure of seeing you last night at Frosty Festival.. for the first time. ....it was an evening to remember. Absolutely fantastic.........great show......only regret is that you didn't play longer. Could have stayed all night listening and singing along with you guys.....Congrats to all on your performances.......”
Reviewed by: Vickie Walsh