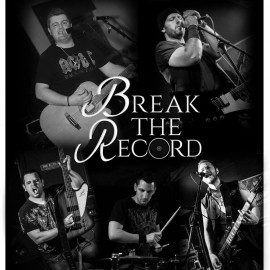 We are a 5 piece function band who pride ourselves on being professional, energetic and making sure every customer is a very happy one! Our set list ranges from the 60's all the way upto current hits, and all styles. You won't be disappointed.
: +44785455XXXX Click here to reveal
full number

When contacting this member, please state that you are viewing their Entertainers Worldwide profile.
Request a Quote
Share this Page:
Profile Views: 770
Report this profile

We are a 5 piece band, consisting of keyboard/vocalist, 2 guitarists, bassist and drummer. Between us we have played all over the UK and also in Bahrain, Switzerland and Ibiza. We have only the best equipment to make sure we can give you the best from us every time, and pride ourselves on giving our clients 110 percent. We can also cater any needs for your day, including lounge piano, acoustic duo/solo for the daytime, and also DJing for the evening alongside us playing. We can also learn songs for your event on request.

The band consists of 5 member: Todd Edwards(keyboard,vocals), Darren Jones (Guitar, keyboards, vocals), Gavin Jones (Guitar, vocals), Lee Shenton (bass, vocals) and James Radhi (drums) Between the band they have played all over the UK and abroad gigs also. Between them they have played to Bradford stadium to 18,000 people, and many large known festivals across the UK.

Break The Record - Function / Party Band - United Kingdom, West Midlands Event Location: Conwy Event Type: Party 18th September 2016
Brilliant band! They played here as a trio and sounded amazing. Skilled, tight, professional musicians with an original and varied set list. Great feedback from our customers too and we're all looking forward to their next gig here!
Reviewed by: Blue Bell Conwy
Break The Record - Function / Party Band - United Kingdom, West Midlands Event Location: Wrexham Event Type: Venue Concert 18th September 2016
I recently booked Break The Record to play at my venue, Set The Bar. It was a very last minute gig due to a cancellation, but it was definitely a good decision! All 5 lads were professional from start to finish - they did a great job of promoting the event on social media which ensured the gig had a great true out, despite it being on such short notice. They set up all their gear and packed it away again efficiently and in good time. And the most important part - their performance was incredible! All 5 members are obviously incredibly talented and professional musicians, and their repertoire of rock and indie covers suited the venue and crowd perfectly. A great night was had by all, and a lot of my customers commented on how good a band they are. I can't wait to have them back again in the near future!
Reviewed by: Fern Evans
Break The Record - Function / Party Band - United Kingdom, West Midlands Event Location: Telford Event Type: Festival Event 16th July 2016
Once again thank you very much for a great performance. One of the best acts we have had here so far!!! Will definitely see you here again
Reviewed by: Vrata, Brunning and Price