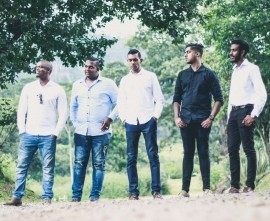 Brown Jam is a cover band from Pietermaritzburg, South Africa. The members of the band are all local boys have been playing music together for over 10 years. The band is a high energy party band and loves making music and getting the crowd going.
: 082 687 XXXX Click here to reveal
full number

When contacting this member, please state that you are viewing their Entertainers Worldwide profile.
Request a Quote
Share this Page:
Profile Views: 468
Report this profile

A high energy party band experience. Excellent music and fun crowd interaction. Great dancing and a few fun moments inbetween. You often find the band members laughing and enjoying the moment while they play and they love to get the crowd involved in their show.
Each musician is an expert at his instrument and they can do almost any song on the fly if requested. You can ask them to do a solo at any time and you will be treated to an amazing musical journey

Brown Jam is a cover band from Pietermaritzburg, South Africa. The members of the band are all local boys have been playing music together for over 10 years.
The band consists of Mitchell Reddy on drums, Nathaniel Naidoo on piano, Timothy Naidoo on guitar and vocals, Kevin Williams on lead, and Jordan Govender on bass.
The band have been friends for over 15 years and have been playing music together from a very young age.
The band has also had the privilege of backing some of the biggest names in South African music such as Loyiso Bass, Lloyd Cele, Noms Khumalo and Vincent Bones to name ... a few.
They are a polished, refined group of musicians and take their craft seriously.
The band plays music such as Bruno Mars, Michael Jackson, Earth Wind and Fire, R Kelly, The Beatles and many many more. There isn’t a genre that they cannot do! 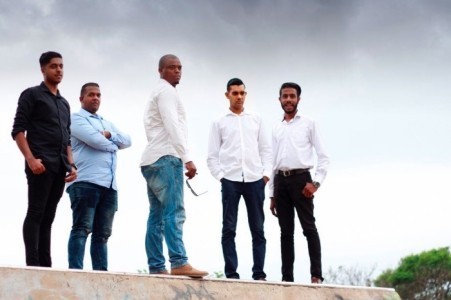 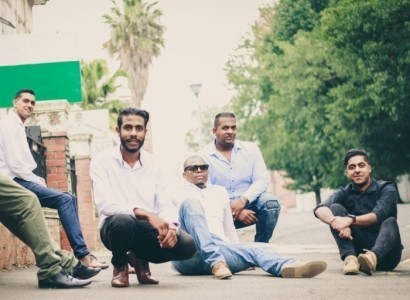 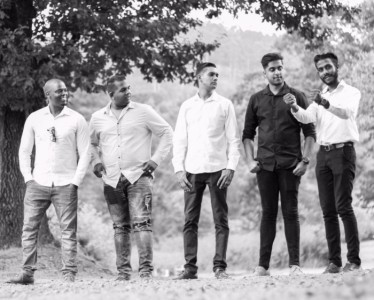 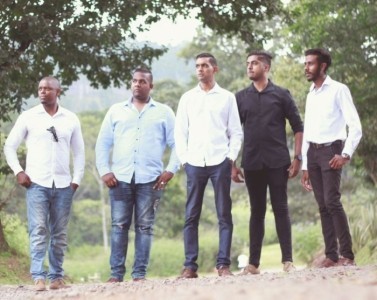 Brown Jam - Function / Party Band - 3201, KwaZulu-Natal Event Location: Pietermaritzburg Event Type: Wedding Reception 29th April 2018
It was an honor to have Brown Jam serenade our guests with the most beautiful music for our Wedding Reception. Jordan, was extremely communicative and very receptive to our specific needs. They were very accommodating in setting up their equipment in such a small area. Everything went off without a hitch and they perfectly nailed the playlist. They played a variety of songs and at some points our guests thought that there was a CD playing in the background. Everyone was overwhelmed with their talent and friendly faces. There were over 400 guests and we are still receiving only good comments about Brown Jam and the vocalist (Tim), and how mesmerizing the music was overall. Book them!!! You'll never be disappointed.
Reviewed by: Sersha
Brown Jam - Function / Party Band - 3201, KwaZulu-Natal Event Location: Pietermaritzburg, South Africa Event Type: Corporate event 9th March 2018
Brown Jam is simply phenomenal! I hired them for an event that I had recently and they took the event to the next level! The level of professionalism and their level of music is unparalleled. I would hire them again without any hesitation. I hired them to play from about 8:30pm till 10pm but they ended up play for an additional hour for no extra charge! I love it and I would definitely recommend them again!
Reviewed by: Daniel
Brown Jam - Function / Party Band - 3201, KwaZulu-Natal Event Location: Kwazulu Natal, South Africa Event Type: Wedding 21st October 2017
We hired Brown Jam for our wedding reception. They are talented professionals who play a wide range of music and do it extremely well; they were nothing short of AMAZING! Jordan was quick to respond to any and all questions or requests we had prior to the event; they learned our first dance song for us, as well as an additional song that had special meaning to us; they were there on time to get set up prior to the guest arriving; did a fabulous job MC-ing the evening; worked with us to come up with a playist; kept the party going! The dance floor was packed all night, and EVERYONE (not exaggerating) raved about the band and wanted to know who they were. We'd hire Brown Jam again without reservation, and will continue to recommend them to anyone looking for a band.
Reviewed by: Candice Ramiah