You are contacting Don't Look Now 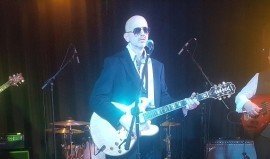 (no reviews)5.0
Country: United Kingdom
Based In: Bracknell, South East
Performs: Nationwide
From: £500

Don't Look Now are a Rock & pop band with a repertoire of over 300 songs, which includes at least one song from every year of the UK charts from 1954 up to the present day.
: 07808 45XXXX Click here to reveal
full number

When contacting this member, please state that you are viewing their Entertainers Worldwide profile.
Contact Me / Request a Quote
Share this Page:
Profile Views: 141
Need Help?