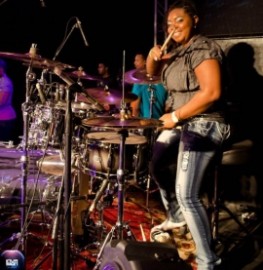 Kristle Bascombe is from the island of Trinidad & Tobago, the land of “Oil, Music, Sea and Sand.” She is 30yrs old. From learning by ear, being self taught by ‘knocking sticks around the house’ and growing up in a musically inclined family, the natural gift was birthed in her. Kristle started playing drums at her home church at age eight (8) after recognizing the need for a drummer. It was then her recognition by various musicians in Trinidad saw it fit to take her under their wings who then introduced her to various artistes.
She has now been playing music full time for approximate ... ly 8yrs and has been the drummer for (6) bands such as; Sean Daniel (one of the countries top Gospel Soca Artiste and Calypsonian),Gospel R&B Artiste, Luckey , Guyanese Jazz Singer and musician Ruth Osman, “Shades of Grey” (3rd place Anchorage Pop Rock Competition) and Island Club Casino House Band, “Spontaneous”; Nehilet Blackman & The All Girl’s Band and formerly the main drummer for Isaac Blackman & the Love Circle. She has also sessioned with other bands and musicians internationally such as Annastacia Baker (UK’s Xfactor Finalist) and UK based “Mangoseed” band..
Kristle is a former student of Tech Music School London where she was further awarded as Most Outstanding Student in 2009 for her dedication and effort in introducing T&T’s Music (Soca) as a genre to the school. During her tenure she was also a part time Music Teacher at Leopald Primary School, London UK. She was also nominated along with 19 other students by Tech Music School, London to be a part of the ‘This Is It’ Tour of UK with the late Michael Jackson before his death and has also been the recipient of the “Excellence in Entertainment & Culture Award 2012” presented by Karibbean Expressions Magazine in Hollywood, L.A. Kristle has also recently been a teacher in Abu Dhabi, UAE and has previously conducted music and drum workshops where her most recent tours were in Ghana, Africa, United Arab Emirates and London educating students and musicians on Popular Music Performance and Trinidad & Tobago’s Culture and Genre, Soca. 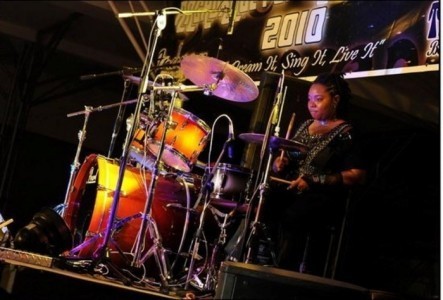 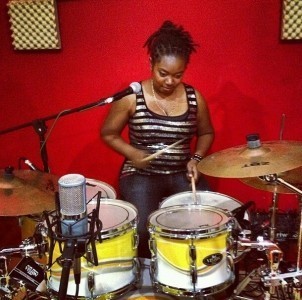 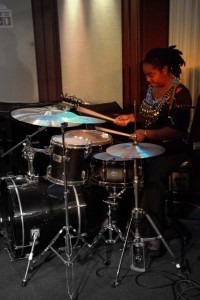 Request a Quote
Share this Page:
Click here to view all of our Function & Party Bands on Entertainers Worldwide
Browse all Entertainment Hire options!