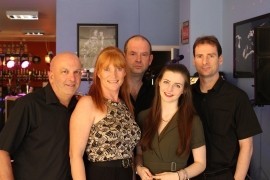 We are a 5 piece live function/party band based in the North East of England, with a female lead singer and female keyboards/harmonies, guitar, bass guitar and drums with a wide variety of numbers.
: 0780880XXXX Click here to reveal
full number

When contacting this member, please state that you are viewing their Entertainers Worldwide profile.
Request a Quote
Share this Page:
Profile Views: 681
Report this profile

We are a 5-piece function/wedding/party band available for all occasions. Based in Teesside in the North of England we are unique in the region, having a female lead singer and female keyboards/harmony singer and have formed one of the region's best live bands that will get you up dancing (or at least foot tapping!) and leave you with that feel-good feeling. If you are interested in booking us or just want some advice please contact us via this website. We are competitively priced and take requests for 1st dance wedding songs. We also offer different packages from singing solo at your churc ... h wedding to a full package from beginning to end. Please contact us to discuss your personal requirements.

We are a 5 piece function/party band based in the North East of England. Some of our set list covers are as follows:
MAMA DO
PACK UP
TORN
EXS AND OS
WHO KNEW (PINK)
TRY (PINK)
JUST GIVE ME A REASON (PINK)
I’M JUST A GIRL
NEVER FORGET YOU
DON’T SPEAK
ROLLING IN THE DEEP
DON’T SPEAK
BECAUSE THE NIGHT
THIS IS THE LIFE
JOLENE
THE WINNER TAKES IT ALL
UP
SWEET CHILD OF MINE
LIVING ON A PRAYER
PERFECT
VALERIE
STRONG ENOUGH
I’M ALIVE
WALKING ON SUNSHINE
HEAVEN IS A PLACE ON EARTH
BELIEVE
TITANIUM
HUMAN
PROUD MARY
RIVER DEEP
MARIA
I DROVE ALL NIGHT
DON’T STOP ... BELIEVING
This is only a selection of our set list

Sandy - Lead Singer. Started to tread the boards first singing when she was 5 years old and by the age of 9 was performing on the stage as "Annie" and "Sandy" in Grease. She then went on to perform professionally including the West End, on Sunday Night Live, at London Palladium. She has appeared in Chicago, and Pantomime both directing and choreographing productions. Sandy has had solo successes around the pubs and clubs but is enjoying her time now in the Band.
Abbie - Keyboard Player and Harmonies - Abbie is our youngest member of the band but none the less oozes enthusiasm and talent ... . She first met Sandy when she was 9 and has gone from strength to strength and has a natural ability for harmonising alongside Sandy making the band unique. . Abbie has been performing since the age of 7 in many different productions, performing main roles such as Red Riding Hood, Cinderella and Sandy in Grease. She has been playing keyboard/piano from a very young age and has achieved a grade 7 standard in Piano which means she now plays at a professional standard. She first started playing in bands 1 year ago when Abbie, alongside other musicians, provided live music for a pantomime production with an amateur dramatics company and has enjoyed playing in bands ever since!
David - drums - David has appeared in many bands over the years and is extremely experienced and loving his time with Sands of Time.
'Sands of Time' bassist, Keith Howard, has been performing in live bands for over 25 years. Influenced by the active bass-playing styles of John Deacon (Queen), Paul McCartney (Beatles), Bernard Edwards (Chic, Sister Sledge) and Stuart Zender (Jamiroquai) – Keith has a personal preference for 'active' bass playing. “Anything with a lively bassline that gets people moving", he says.
He has played a range of different musical styles in live bands, studio recordings and for theatre productions, and enjoys playing the wide variety of songs in the ‘Sands of Time’ set-list.
He combines a Jazz bass guitar with an Ashdown bass amplifier. “I don’t go in for effects pedals and all that with a bass. I like the sound of a clean, unadulterated and punchy bass - which the Jazz bass and Ashdown gear provides.”
Andy - lead guitar - 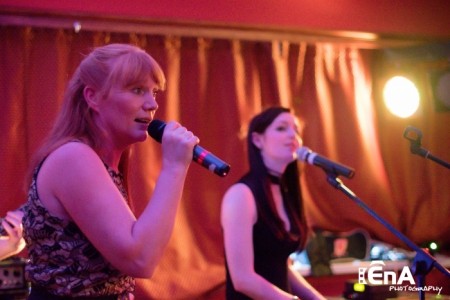 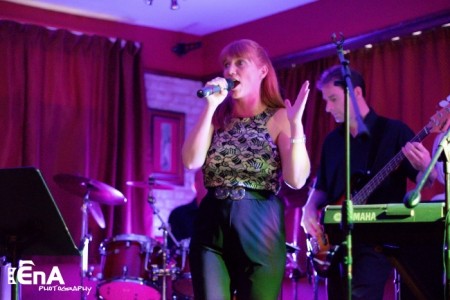 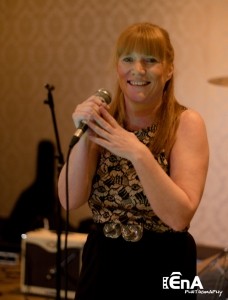 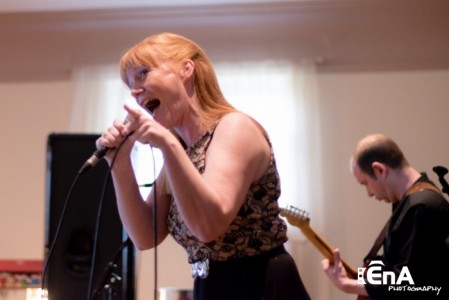 We have extensive experience between us all having played in function/show bands in the past. Sandy also has the added advantage of having extensive theatre experience, and has even appeared on the West End at the London Palladium and been in many musicals over her lifetime. She can hold an audience together and showcase from hearing a pin drop to partying the night away.

11. Jun, 2016
Another great comment from our gig at the Duke William
Amazing gig tonight at the duke... Band was unreal.. Thanks for doing that for me.. Sands of time..
11. Jun, 2016
Received from R. Barber at The Duke William gig
Nice night at The Duke William watching Sands of Time. Great mix of songs and we also had a little boogie.
Received from L. Myers at The Yorkshire Lass gig
Brilliant night last night. Great venue, fantastic band, fab tunes and we all just loved having a boogie. Can't wait for the next one! X