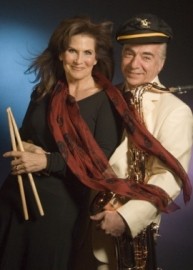 (no reviews)5.0
Country: United States
Based In: Houston, Texas
Performs: Nationwide
From: Contact

The Finest Musical Entertainment Package combining the best in live music with MC & DJ Services. Based in Houston, Texas they are available to perform at many events such as Parties, Weddings, Corporate Events and many more.
Request a Quote
Share this Page:
Profile Views: 800
Report this profile

A paradox is defined as "a statement or proposition that seems contradictory or absurd, but in reality expresses a possible truth." What could seem more absurd than a retired advertising executive and his wife deciding to recapture their youth by returning to the venue that brought them together, after their musical careers were literally lost at "Sea" for decades. Barry and Bobbie Sea walked away from promising musical careers in New York City in order to raise their children in the more family friendly Houston, Texas. But their love for music never died, it was just permitted to age like fin ... e wine. Well, their musical message has finally made its way back to shore, and the truth is that Barry & Bobbie actually play better
today than when they were supposedly in their prime.
Why choose between live music, DJ, or an MC when you can have all three at the same time?
The "paradox" continues in the way this outstanding group positions itself. In putting together events, event planners are usually torn between starting with a live band, or a DJ, or an MC. With the Barry Sea Paradox, you get all three in one package. Then you need to decide what genre of music is going to be featured. Once again, with the Barry Sea Paradox you're getting a group that is second to none when it comes to talent and versatility. They play everything from the 1940's-1990's. And they play it all well: Classic Soul/R&B, Blues, Swing, Smooth Jazz, Swing, Standards (Sinatra, Buble, Satchmo, etc), Old Time Rock & Roll, Great Dance Music, Latin, and even a Little Country. But there are always people in the crowd who prefer hearing the music exactly as originally recorded. That's why the group's sound engineer doubles as a DJ with access to virtually every tune ever recorded to be played during the band's breaks. And when it comes to hosting and keeping the event upbeat, Barry Sea's considerable
experience as a public speaker truly sets this group apart from the rest.
The basic group consists of Barry on Sax, Bobbie on Drums, Alvin King on Keyboards, and Morris "Monk" Barnes on Bass. All four members sing well, and Sound Engineer, Tony Ward, and his state of the art equipment are always included. 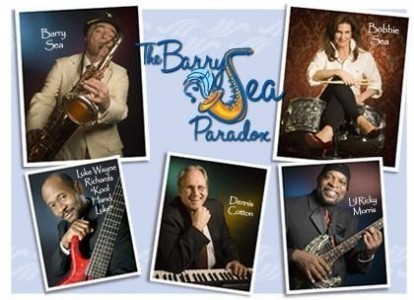 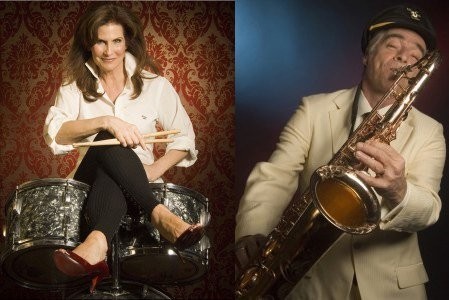