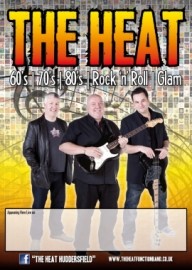 The Heat - Function / Party Band | Huddersfield, Yorkshire and the Humber

(no reviews)5.0
Country: United Kingdom
Based In: Huddersfield, Yorkshire and the Humber
Performs: Worldwide
From: Contact

The Heat are a band from Huddersfield, West Yorkshire. We play music for pubs, clubs, parties, weddings, functions and corporate events.
Request a Quote
Share this Page:
Profile Views: 703
Report this profile

We are a three piece band consisting of vocals, guitar (acoustic & electric), bass guitar and drums. As a three piece we don’t take up much room so can play in the tightest venues without taking up half the dancefloor. We also pride ourselves on not being too loud, so we don’t upset staff, guests or customers and we can work with council sound level monitoring equipment if it is installed in the pub, club or venue where we play. With all the heavy rock bands around, and even more gentle bands that insist on playing really loud The Heat are finding a niche as a band that will work WITH you! ...
The Heat play mostly music from the sixties and seventies, concentrating on easy-listening hits that everyone will know. We love to play pop, rock ‘n’ roll, glam and classic rock, and pick the most famous songs by the most famous artists. We reckon that nearly every song we play has sold a million records and we don’t think there’s any tune that we cover that will leave you thinking “what’s this?”
We like to have fun with the crowd and certainly don’t take ourselves too seriously. The only thing we’re serious about is making sure you have a good time!

Alan “Alouisis” Lodge
Al’s been around for about a hundred years not only entertaining the troops in Europe, but the Frogs in France, the Germs in Germany the people of Goole and has worked the hardest clubs east of Grimsby, plus a whole lot of the North East and West of England. Also been around the Haven and Pontin’s holiday camps from time to time. He’s busked on the streets of Crete, sung in the Dominican Republic, The Algarve, Tunisia, and Egypt. Deserves a medal I hear you thinking. Quite right he does!
Instruments/ Songs
Along with his Yamaha acoustics, he likes to pl ... ay his Cort and Fender Strat’s on stage. He probably knows about 300 songs, but carries bundles of words for those others he partly knows. Can probably cover up to a 1000! These include, 50’s to modern day. They cover many styles including, Pop, Reggae, Rock, Tamla, Ballads, Glam, funk & Instrumentals such as The Shadows and Fleetwood Mac. Still does the occasional solo shows including his own self made backing tracks and has recently added a full one and a half hour acoustic set to his repertoire.
History
Started his entertaining in the youth clubs aged 15 and won “The best DJ in West Yorkshire competition. Also being a self taught guitarist his natural progression was to form bands from 17 year of age. The only talent around in those days was older talent and he therefore had to learn older songs from the 1960’s and 60’s, the rest just came naturally as his talent moved on. Has worked in bands from time to time with members of Gerry and the Pacemakers, Jimmy James and the Vagabonds and T Rex. (Yes T Rex!). His main acts over the years have been the three piece, “Wishing Well”, Substitute (2 and 3 piece), Reflections (Duo), Experience (Duo), Mid Life Crisis (3 and 4 piece) and The Heat.
James Croisdale – Bass Guitar & Backing Vocals
James began playing the electric guitar when he was sixteen years old, and usually had a bass around from the start as well. After a few years spent as a bedroom guitarist he joined his first band, playing lead guitar in a heavy metal band called Deadlock. However, they struggled to find a regular bass player and never really got past the rehearsal stage. Still, it was great fun!
A few years later James started playing bass for a modern punk/pop/rock group called Super Nashwan. The band enjoyed some local success and gigged locally quite a bit, before the lead singer Jonny Williams left to go and live in Australia and the band folded.
His next band was a girl-fronted rock covers band called Angelica. Again, they gigged quite a bit locally (and not-so-locally) but James left the band after a year or so, due to ‘musical differences’ as they say.
A couple of years went by and James was visited at work one Christmas by Rich Wilson (current The Heat drummer, then playing for big Bradford rock band Full Tilt). Rich asked if James would be interested in the upcoming lead guitarist’s position. After carefully thinking about it for all of two seconds, James accepted. The three years of constant gigging that followed were some of the happiest times in James’ life.
And so to The Heat! James went to see Richard Wilson, his old Full Tilt buddy, playing drums for a band called Mid-Life Crisis! The bass player was about to quit and James jumped into the position he has now. The band name changed to The Heat and the 3 Amigos started on their way. Despite a background of hard-rock and metal, James really enjoys the musicality and discipline that playing the bass brings, and really enjoys playing great music from the past that is guaranteed to get the crowd singing and dancing along.
If you’re having fun, James is too!
Chris Bunney – Drums & Backing Vocals
I was born at an early age, the child of a mixed marriage. My father was a man and my mother was a woman.
I started playing the drums age 3, gave it up at 6 and started guitar, took up drums as well as guitar at age 11 and gave up guitar at age 14 when I realised using my drumming gig money to pay for guitar lessons was a waste.
First gigs were with Billy Ball, The Fabulous Hiss and Boo Band, Cedric Carnell on organ (with Chris on drums), Major Bray’s Keyboard Extravaganza, The Robert Brothers Circus (where I accompanied a boxing kangaroo) and then on the road with Character, Mad Dog, Redemption, Recovery, Martha Reeves, Chairman of the Board, Love Affair, The Velvelettes, The Pioneers and The Drifters with summer seasons in Jersey, Bournemouth and Cairo’s Star of David Club (CIU affiliated.)
Then I got a wife, children, a mortgage, car loans and other debts, not all of which were interest free. I started on blood pressure pills, cholesterol pills, a diuretic, a weak-flow tablet and metformin for diabetes. It seemed like every time I saw a doctor they wanted to shove a finger up my bottom. I had my appendix removed. My hair turned grey and I put on weight. So I bought a louder kit.
Favourite drummers are Kenny Clare, Ronnie Stephenson, Mel Lewis, Clem Cattini and Hal Blaine plus the guys you’ll have heard of. 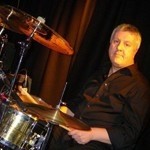 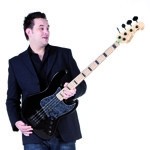 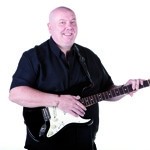 We are based in Huddersfield but play all over the UK regularly. We cover all of West Yorkshire, including towns and cities such as Huddersfield, Wakefield, Leeds, Halifax and Bradford on a regular basis. We also play venues in North Yorkshire and South Yorkshire too, in town and cities such as York, Harrogate, Wetherby, Skipton, Sheffield, Barnsley and Doncaster. We are happy to travel much further afield if necessary, especially if overnight accommodation can be supplied for the band!