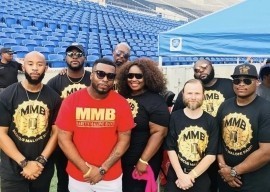 When contacting this member, please state that you are viewing their Entertainers Worldwide profile.
Request a Quote
Share this Page:
Profile Views: 714
Report this profile

The Marcus Malone band features a 7pc band of professional musicians formally known as Prosody. Marcus Malone (Yamaha and HAMMOND artist) is the keyboardist and music director of the band. Marcus is the youngest keyboardist to ever play for the Funk band 'Cameo' OWWW!!! The band features drummer, bass, lead guitars, 3pc horns and a dynamic lead singer that also dance. Every musician is this band have toured or played behind mainstream artist such as Stephanie Mills, Eric Benet, Howard Hewett, Brandy, Stevie Wonder, NKOTB and many more. With all of these diverse gifts and talents combined into ... one sound, it's magical to hear. The majority of this band have cruise ship experience with Holland America performing with the BB Kings All Star Band. Every musician is from the city of soul and blues 'MEMPHIS TN'. Book us Today!!!

We can a catalog of over 300+ songs from many different genres.

Memphis, Tennessee native, Marcus Malone has become a strong force in the Memphis music world. Since age 5, he has experimented with musical instruments; however, it wasn't until age 13 that he discovered a passion for piano and organ. Serving as organist at Mississippi Boulevard Christian Church in Memphis, Tennessee and Musical Director for Pastor Darrel Petties & S.I.P, Marcus's prestigious talents have taken him coast to coast. Marcus produced his first album in 2010 with Darrel Petties & S.I.P; which featured the song "New Season" that Marcus composed himself. He has performed with world ... renown gospel artists such as Donnie McClurkin, VaShawn Mitchell, Tamela Mann, Kurt Carr, Dorinda Clark-Cole, Hezekiah Walker, Tina Campbell & Le'Andria Johnson to name a few. Recently, Marcus was afforded the opportunity to play with the funk group Cameo; one of many childhood dreams of Marcus.
Marcus has been around the world sharing his gift of music; however, he has not lost his passion and desire to give back to his community. In June 2012, he started Total Experience School of Music teaching piano, organ and drum lessons. His goal is to have several schools across the country to provide opportunities to other musicians and nurture today's youth. Total Experience Productions is another vision of Mr. Malone. Producing an annual show, Church Girls Rock, among other jam sessions and musician sheds, has stapled Marcus Malone into Memphis's music community. Marcus is motivated knowing "The Sky is not the Limit" to his career; and living by Philippians 4:13" I can do all things through Christ who strengthens me. In 2016, Marcus Malone founded his own band, and is now sought out by people around the globe. 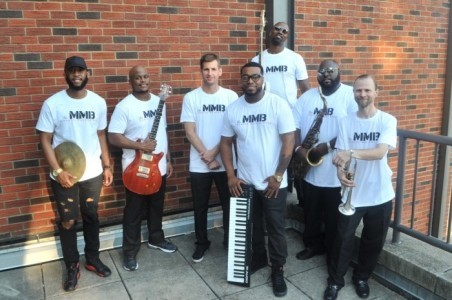 The Marcus Malone Band - Function / Party Band - Memphis, Tennessee Event Location: Memphis Tn Event Type: Corporate 17th December 2016
This band is the best I've ever heard, with that Memphis Soul sound. They made our experience a night to remember.
Reviewed by: Mary Myles