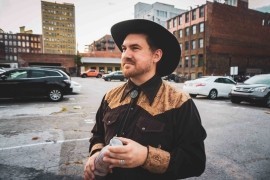 (no reviews)5.0
Country: United States
Based In: Knoxville, Tennessee
Performs: Worldwide
From: Contact

Blending a homegrown affection for Country Music with the emotional turmoil of alternative folk in the early aughts, he has created a unique brand of Americana that pays homage to John Prine and John Darnielle (of The Mountain Goats) in equal parts.
: 865-320-XXXX Click here to reveal
full number

When contacting this member, please state that you are viewing their Entertainers Worldwide profile.
Request a Quote
Share this Page:
Profile Views: 598
Report this profile

Adeem the Artist is an eclectic singer-songwriter based in Knoxville, TN. His sound is informed by the vast vernacular of folk, indie-pop and Americana; using this palette, he creates a truly compelling and personal narrative in the vein of visionary artists the likes of Glenn Hansard, Bright Eyes, and John Prine.
A Syracuse native, Adeem cut his teeth at the Lost Horizon where he spilled his blood on stage with his aggressive strumming. His existential music has echoed both the quiet prayers that come with thoughtful meditation and the aggressive questioning reflective of his inquisitiv ... e nature; a line he walked haphazardly during his year as a solo performer onboard Carnival Cruise Lines.
Clumsily navigating the divide between entertainment and artistry, Adeem presents cerebral music with a literary aesthetic. It is listening music suited well to venues like Arlene’s Grocery in NYC and Eddies Attic in Atlanta “but don’t expect the usual niceties of the folk movement to come to the fore, certainly not the current breed.”

Adeem Bingham is a seventh-generation Carolinian, a makeshift poet, singer-songwriter, storyteller, and blue-collar Artist. He began toiling at his instrument in 2002 when his family relocated to Syracuse, NY and used songwriting as a vehicle with which to process the ensuing culture shock, his faith, and later his journey through apostasy.
Blending a homegrown affection for Country Music with the emotional turmoil of alternative folk in the early aughts, he has created a unique brand of Americana that pays homage to John Prine and John Darnielle (of The Mountain Goats) in equal parts. Imbu ... ed with the ancestral traces of southern music and colored by a palette ranging from lo-fi anti-folk to post-punk, the songs traverse the vast compass of human emotion.
With humor and wit, Adeem weaves a rich tapestry of words in each song; exploring the sparse corners of Appalachia with a trembling vulnerability and a wry joke. Whether opining on the disparity of “hooch” and “booch” in the collision of generations or straddling the duality of being a “blue collar boy” who is a “complicated dame,” Adeem excavates unwonted stories of the forgotten south. 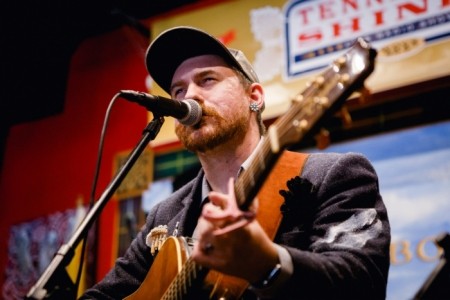 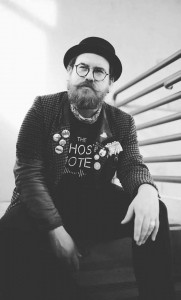