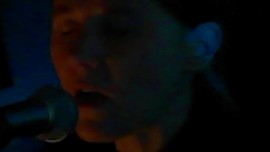 When contacting this member, please state that you are viewing their Entertainers Worldwide profile.
Request a Quote
Share this Page:
Profile Views: 187
Report this profile

Bob Dylan: It Ain't me Babe, It's all over now Baby Blue, Don't think Twice It's Alright, Woody Guthrie song, Ballad of Hollis Brown, Let me die in my footsteps, Ramblin Round your city, New Orleans Rag, Fourth time Around, Worried Blues,
Nashville TV series set: Hennessee, Trouble Is, Keep Asking Why, Crazy Tonight, We Are water, Love Like Mine, Sanctuary, You're Mine
Other Country Songs:
Patsy CLine: I Fall To Pieces, Crazy, A Poor Man's Roses, Leavin On your Mind, She's got You, Imagine, If I could Only Fall asleep,

June Moris is an alternative rock singer/songwriter, guitarist and record producer living
in Brighton UK. She has produced several albums of which 3 have been released in 2008 called White spot,
in 2012 called Keep Pushing under Native London. As part of an audition and still into the making of Keep Pushing she threw herself into a project she had been wanting to do even before her first album and so came along Caravan released in 2013 under Xoanon. With this album focus is on pure and instant recorded improvisation performed on a 12 string guitar.
She is currently working on a new album an ... d a few demo songs are up for listening on her Facebook page.
Besides writing and recording her own music June has a true passion for singing, soul music and country guitar and has a side project where she sings songs by her favorite singers and performers such as Bob Dylan, Nashville TV series songs, Etta James, Howlin Wolf, Vince Gil, Merle Haggard and many others.