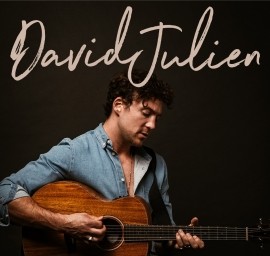 (no reviews)5.0
Country: United Kingdom
Based In: Leigh, North West England
From: £350

Self contained singer, with a PA system and lights.
I can offer a tailored show, to any occasion. Singing a wide and varied range of songs; from Marvin Gaye, to Eminem.
Contact me for more information.
info@davidjulien.co.uk

David Julien - Singer, songwriter, performer from Manchester UK, whose stunning vocals have led him to be Principle singer in London’s West End record-breaking show ‘Thriller Live’ for the past two years.
Captivating audiences anywhere & everywhere - songs delivered with orchestra, band or solo with his guitar - his powerful tones and incredible vocal range combine with his versatile easy-going performance to deliver songs with passion and sensitivity constantly winning hearts, moving audiences to tears one minute, then high energy octane the next.
Since reaching the finals of ... BBC’s primetime live TV show ‘The Voice’ performing to a live audience of over twelve million, David has performed and supported with the likes of Dionne Warwick, special guest of Rick Parfitt (Status Quo) sell-out shows Excel London, Leona Lewis - - performances at ‘West End Live’ Trafalgar Square to 500,000 over the weekend, The World Superyacht awards, Cisco World conferences Berlin, Amsterdam, Paris, to audiences of 15,000, Kew the Music, Conde Nast Indonesia, frontman for the world-famous ‘Kitsch Lounge Riot’ band/cabaret night London, regular shows at the Café de Paris, Battersea Evolution, The Playboy Club, lead singer with the world’s number one Moody Blues band ‘GoNow!’ - plus high end private/corporate shows in the UK and abroad.
Performing as a guest entertainer on the major cruise lines around the world for the past five years David Julien's self-produced shows span the decades and styles with hit songs from Tony Bennett to Bruno Mars, with full band ‘Vegas’ style or contemporary, delivered solo with acoustic guitar - his impeccable vocals and performance talent always leaves the audience impressed, entertained and moved.
David is also in demand on the global dance scene, requests for many co-writes / collaborations with DJ / producers signed to the key dance labels, Protocol, Armada, Revealed etc – his voice sits beautifully with EDM and over the past 18 months, he’s featured on four releases on Enhanced Music (London) Ego Music (Italy) and Ninety9Lives (USA) pre-release supports from Key DJ’s Nicky Romero his recent release has totalled over twelve million streams to date.
Quotes
"I hear qualities in your voice that I wish I had in mine" Danny O'Donoghue - The Script
“…I absolutely love your vocals, please don’t leave the production!” Adrian Grant owner & executive director of ‘Thriller Live’
"What I was totally unprepared for were the tears rolling down my face in your beautiful solo" Thriller Live audience. 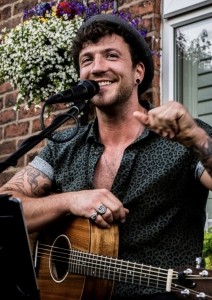 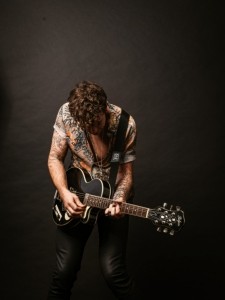 10 years as a professional singer,
I have been on many many different types of stages, from corners of pubs, to West End Shows, to Cruising in the caribbean. Contact me and I'm sure we can sort something out to fit your needs.
info@davidjulien.co.uk

I can live stream to a private YOUTUBE link that only you and your Zoom Party will have access to. You can then watch this stream on the individual TVs of each Zoom participant. without having to mute your Zoom call.