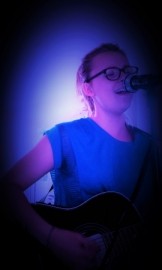 (no reviews)5.0
Country: United Kingdom
Based In: North Yorkshire, Yorkshire and the Humber
Performs: Within 50 Miles
From: Varies

I am a singer/songwriter and guitarist. I can do various covers of songs aswell as originals. It's just me and my guitar so usually creates a relaxing atmosphere but can be upbeat aswell
: 0785866XXXX Click here to reveal
full number

I'm am a singer/songwriter as well as a guitarist. My act creates a relaxing atmosphere but can also create an upbeat atmosphere depending on people's preferences. Just contact me and we'll discuss your preferences.

I know many songs so I'll just put down all the songs I know and if you hire me to perform you can let me know which songs you want me to play and which songs you don't.
Covers Originals
Defying Gravity - Wicked Hear You Calling
I Wanna Dance With Somebody - Whitney Houston Mr Darkside
So Sick - Ne-Yo Chase The Girl
If I Were A Boy - Beyoncé ... Scream My Name
Girls Just Wanna Have Fun - Cyndi Lauper Love
Dancing On My Own - Callum Scott
The Sound - The 1975
Beneath Your Beautiful - Labrinth ft. Emelie Sande
Little Things - One Direction
Year 3000 - Busted
Every Time We Touch - Cascada
Love You More - JLS
Marry Me - Jason Derulo
Let It Go - James Bay
You Found Me - The Fray
Shut Up And Dance - Walk The Moon
Stereo Hearts - Gym Class Heroes
Hello - Adele
With Or Without You - U2
Demons - Imagine Dragons
Your Song - Elton John
Wings - Birdy
Mine - Taylor Swift
Say Something - Christina Agulera
We Don't Have To Take Our Clothes Off - Ella Eyre
She Will Be Loved - Maroon 5
We Are Never Getting Back Together - Taylor Swift
Stop and Stare - One Republic
Mr Brightside - The Killers
She Looks So Perfect - 5SOS

I am 18 years old and have been writing songs properly for the past few months and have been playing guitar for over 2 years now. I have had music producers such as Shannon McArthur and Aaron Sprinkle interested in my music. I enjoy singing and playing guitar and would like to perform at more venues to allow other people to enjoy their night/day as well as my music.

I have previously performed at two charity concerts in which I also organised to raise money and awareness for the following charities: Mitochondrial Disorder, Bluebell Wood Hospice and Cancer Research, which overall raised over £400 for all the charities. I recently performed at a primary school and had all the children clapping and singing along and they are a tough audience to please.