You are contacting Ge Luz 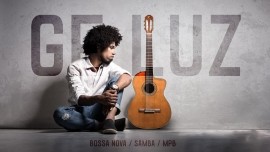 Ge Luz  Auckland-based Brazilian musician Ge Luz sings and composes in a range of different styles, including samba and bossa nova. Interestingly, he has recorded music for the TV series Step Dave 2. A professional singer and songwriter, Luz moved to New Zealand in 201
: +64 021 024 8XXXX Click here to reveal
full number

When contacting this member, please state that you are viewing their Entertainers Worldwide profile.
Request a Quote
Share this Page:
Profile Views: 230
Need Help?
✖