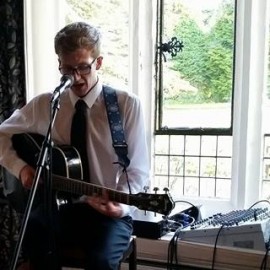 (no reviews)5.0
Country: United Kingdom
Based In: Conwy, Wales
Performs: Worldwide
From: £200 variable

A compact soulful performance, a natural style of music with a stripped back acoustic and vocal setting allowing the audience to fully connect to the emotion and passion produced by myself. The covers chosen aren't all downbeat there are some up tempo songs that get people up off their feet and dancing and singing along, the varied nature of the set list and placement and timing of the songs really give it my own personal style.

Bringing soul vibes through the medium of acoustic, easy listening feel good music that is written from the heart. Heavily influenced at the start by artists such as Johnny Cash, Elvis and The Rat Pack from young, more recently Allen Stone, James Arthur and newer Arctic Monkeys records (although always been a huge fan)
After completing a years Foundation Certificate in Music Technology at Harlech College and then moving to Derby to study Popular Music with Music Technology i have had plenty of time to study my craft although always learning i now know i am on to the next level and prepared fo ... r the next part of my journey.
My philosophy is to work hard and stay humble, fill my heart with love and positivity and go with whatever comes my way which i take into every aspect of my life not only music. Although music is my passion.
My goal with music is to be able to make a difference to someones day, if one of my songs could turn someones day from bad to good then that would be goal met. 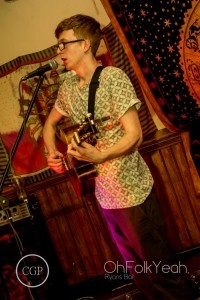 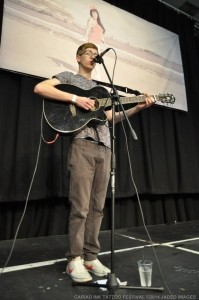 I have been playing guitar since i was 17 and been singing since i can remember. I have played in restaurants and pubs since i was around 18, I once played at The Cavern in Liverpool which was a great experience. I went to college to study music technology and once down there i was signed to AWEN records who were associated with recording Duffy's in welsh before she recorded in English with a separate record company. I released a single with AWEN records. I then went to university in Derby and met a talent scout who had previously worked with James Morrison to record his first album and worked ... on songwriting ideas with him.

I haven't worked with any companies like this before, i am primarily looking for cruise ship work. Plenty of gig experience and experience playing in a band while being at university. 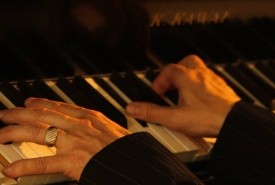