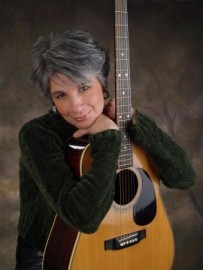 Seasoned/experienced vocalists/acoustic guitarist providing professional services for 35+ years through United States and Europe playing a variety of standards through contemporary material - warm . clear vocals, awesome guitar playing, good at playing to the crowd and talking with people from the mic and during breaks.

If music is a gift, Kim Kalman received a major inheritance. Her grandpa, George Kindler, was a band leader with a hot swing band and his own radio show in the 1940’s. Known for his riffs on a mean sax, he played it his way.
As Kim Kalman rocked her cradle to the big band sounds of her mother’s favorite golden oldies station, WNEW in New Jersey, it became apparent that George Kindler’s granddaughter had inherited his passion for music.
Music is in her blood, and Kim plays it her way. .
Although fully in command of her acoustic guitar, Kim’s voice is the true instrument. Her song s ... election and interpretation echoes her spirituality as she alternately lifts you, rocks you, soothes and seduces.
A graduate of the College of William and Mary in Virginia, Kim earned her degree in business management while performing in local venues. After careful consideration, Kim chose to apply her business management skills to her own career in the music business. She followed her heart and never looked back. That road took her all the way to Nashville, Tennessee, where Kim has recorded all of her CDs: Moonlight, At Last, Close, and A Christmas to Remember along with her Christian CDs I'm Not Alone, Let The Door Swing Wide, I Look To You and her most recent Christian CD At the Foot of the Cross.
Kim has had the honor of being named one of the top ten songwriters at the Kerrville Music Festival and Honorable Mention in the Billboard Song Contest.
It isn’t often that a gifted songwriter is also a gifted performer. Kim’s true passion for music is revealed in her performance... from fundraisers, festivals and Fanfest, to appearing as featured artist at the Bluebird Cafe in Nashville, and Harrah’s Casinos in Atlantic City, Las Vegas and Lake Tahoe. In her unassuming way, Kim transforms a large auditorium into an intimate gathering of friends. One walks away from the earthy honesty of a Kim Kalman performance feeling good. 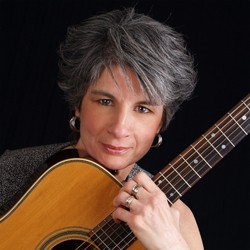 Kim Kalman - Guitar Singer - USA, North Carolina Event Location: Manteo, NC Event Type: Charity dinners 1st May 2017
To Whom It May Concern: It is my pleasure to recommend Kim Kalman to you. Kim has lent her musical skills to perform in various charity events I have directed. Kim is crowd pleaser. She sets the appropriate tone for any event. Kim has a warm, beautiful lyric voice that combines well with a fine interpretive, dramatic and musical sense. Her vocal technique is flawless throughout her performances. She's an intelligent singer and sensitive to the nuances written by the composer. She is a consummate musician and is always fully prepared for her performances. Kim boasts a lovely appearance and persona on stage. Our audiences have responded to her artistry with high enthusiasm and deep emotion. She is an Outer Banks treasure in every way. Carl V. Curnutte III, Executive Director & Producer 252-473-2127 ext. 227 + 757-880-7847 cell image001.gif “DRAMATIC HISTORY AT WATERSIDE THEATRE SINCE 1937”
Reviewed by: Carl V. Curnutte
Kim Kalman - Guitar Singer - USA, North Carolina Event Location: Church of the Redeemer, Mechanicsville, VA Event Type: concert 1st May 2017
The only word to describe Kim Kalman’s concert is “awesome”! From the first song to the last she had her audience at Church of the Redeemer in Mechanicsville, Virginia, in the palm of her hand and left them clamoring for more. Time literally stood still the entire time she was on stage. Her voice is pure and vibrant and her songs are magical. We were truly blessed by her too short performance. She is, indeed, an awesome talent.
Reviewed by: Nancy Crosby
Kim Kalman - Guitar Singer - USA, North Carolina Event Location: Wilmington DE Event Type: concert 1st February 2017
Kim’s gift of song is fresh, vibrant and effervescent. From the first moment she walks on stage the audience knows that a something different is about to happen. Kim does this with song yes, but more so by her engaging and scintillating person. She invites the audience not only to listen to music, but live each note and lyric. By concert’s end, her listeners leave renewed and wanting more. I recommend that anyone who needs to see life with joyous and happy eyes come hear Kim. It’s a real experience. FR. Richard DeLillio, OSFS President of Nativity Prep Wilmington DE.
Reviewed by: Richard DeLillio