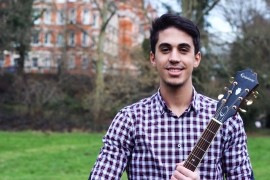 I mainly play acoustic staff of jazz and popular songs. I am also doing various arrangements using a midi-keyboard and a loop pedal.

Marios Panayi (born June 23, 1994) is a jazz and contemporary vocalist, composer and lyricist. He was exposed to music from a very young age as his grandfather was a violinist.
Marios Panayi started his music education at the age of ten taking vocal, piano, classical guitar and music theory private lessons. He was a vocal student of the soprano Silva Makamian and the baritone Alex Moskofian earning a distinction on The Associated Board of the Royal Schools of Music Grade 7 classical singing exams. He also received a distinction on Trinity Guildhall exams on piano, classical guitar and music ... theory. Furthermore, he was awarded with the 2nd National price on “Costa Mondis” high school songwriting competition. On 2012 he was touring all over Cyprus and Greece leading the acoustic Trio “Aposperitis” performing to live music venues, concerts and festivals such as the annual “AglaJazz” jazz festival. Noteworthy, Marios Panayi was the musical director of the Savoy Society’s “Anything Goes” by Cole Porter. He had the duties of the vocal coach of more than twenty-five singers and the conductor of an eleven-people jazz ensemble.
Nowadays, he is taking vocal lessons with Irene Sera. He frequently performs inside and outside the campus of Royal Holloway singing well known jazz covers and originals.
At the moment, Marios Panayi is in the process of writing, composing and filming video clips releasing digitally new originals in the near future. 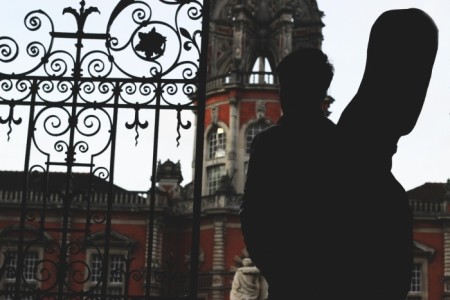