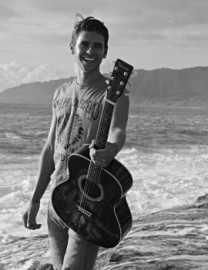 A large part of my show is keeping the audience engaged. Every one of my originals tells a story and I incorporate that with my performance. I play a variety of music. Originals and covers varying from Rock, Folk, and Blues ( As you can see from my photo playing with Keb Mo).

In his own words:
“Growing up I always had a great sense of curiosity. I was fascinated with different worlds and people I never knew. Fascinated with the idea that maybe one day I could share with them something special. Something that would inspire. I began my voyage into music when I was ten years old and it consumed my life in a very great way. In years to come I played festivals around the West Coast and Sisters Folk Festival for four years.
After graduating high school at 17, I moved to New Zealand to teach music on the North Island and played shows around Palmerston North and We ... llington. Upon arriving back to the states I performed around Oregon, California and Washington.
While making the right contacts in the music industry I was determined to never settle and to have full control of my music. A difficult priority to have in the industry today.
After returning from playing some shows in Seattle I had a calling to travel to Italy and decided to bring my music to Europe in 2015. Performing around venues in Rome, Genova, and La Spezia. Eventually, making my way down to Sicilia and playing a tour in Siracusa.
Upon returning home I went to work with Creativefire Studios and RobDawg Studios to create an album of my original music. After several months of hard work with incredibly talented musicians we completed the album and began “Lost yet Found” 2016 European and Middle Eastern Tour.
I have now just completed my tour in Sicily and the United Kingdom and I am now touring in Bucharest, Romania.
My dream in life has always been to inspire, to change lives one city, one country and one person at a time. To me this is the most personal and meaningful love I can give to my audience and fans. It has been such a blessing to tour these past several years and continue to share my passion with my brothers and sisters of the world. Thank you for your support and motivation to keep pursuing my dream.”
~Michalis Patterson 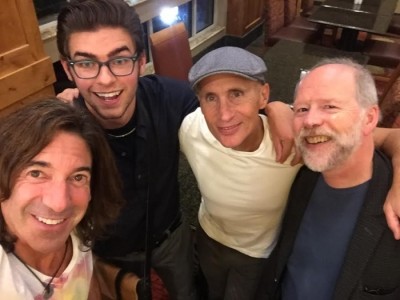 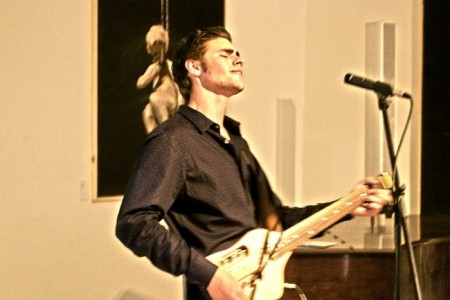 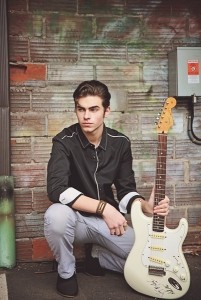 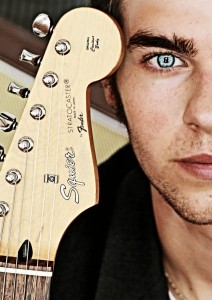 Michalis Patterson - Guitar Singer - Deschutes, Oregon Event Location: Castle/Kenilworth/England Event Type: Beer Festival 15th December 2016
Michalis performed for our Annual Castle Beer Festival. We arranged for him to travel from his tour in Sicily to come for the week and perform. His combination of a great stage presence and excellent material created an amazing show. We are thankful to have him perform and he is welcome back next year. Thank you Michalis
Reviewed by: Phoebe O'Sullivan

I have been a professional musician for the past seven years and have made a career for myself solely off my music. I have toured in the United Kingdom, New Zealand, Italy, Sicily, Romania, Israel and a large number of performances in the United States. Although I primarily play as a solo musician I have an ability to bring the entire show to life and create an atmosphere a band would normally have to create. I have toured with other professional musicians and shared my music with the entire world.