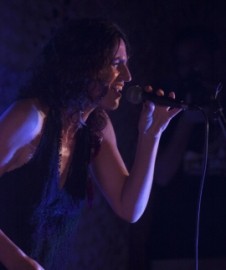 With a voice that captivates a wide range of listeners, Natalie offers creatively arranged retro covers as well as originals. Voice and acoustic guitar are at the center of her performance taking you on an uplifting journey of folk, soul, jazz, pop and R&B.
: 0800719XXXX Click here to reveal
full number

When contacting this member, please state that you are viewing their Entertainers Worldwide profile.
Request a Quote
Share this Page:
Profile Views: 247
Report this profile

Natalie arranges songs with her own unique style to create an easily accessible sound that you won’t forget! Folk, soul, jazz, R&B and pop form the basis of her retro song list, that includes some well known 'get up and dance' numbers as well as the more touching ballad. Haunting, angelic highs combined with earth warming lows, her voice has often been described as a massage to the heart. The intermittent use of a loop station ads an extra layer to her live performance with programmed beats and the live recording and looping of voice and guitar that creates an impressive, uplifting sound.

In January 2017, UK singer songwriter Natalie Matos rocked the Museum of Goa with the full band launch of her second album eXhale.
Natalie has a large following in Goa and plays regularly at all the main live music venues, offering a popular set that includes originals as well as retro covers.
Born in Spain to an English/Irish mother and a Peurto Rican/American father, Natalie grew up between the UK and Portugal and was surrounded by music from an early age. She played piano and cello and passed UK national exams in music. She was working in law, business and CSR (Corporate Social Respo ... nsibility) until 2004 when she visited Goa, fell in love with the Goan charm and never left!
Natalie began her working life in India by following her interest in healing. After completing her Reiki masters she founded the much loved Harmonic Healing & Music Centre on the south Goan beach of Patnem. Using music as a tool for relaxing, meditation and self empowerment, Harmonic nurtured the return of a childhood love of singing and writing music, culminating in the launch of her professional music career from 2009.
Next followed the Spanish island of Ibiza for the summer months, where she met and later released tracks with Rene Lezare, performing at (amongst others) Ibiza Rocks Hotel and Atzaro.
In 2012 Natalie completed her acoustic album ‘Bird Soaring High’ (home release). Whilst in Goa she started working with drummer and film music producer Vivek Philip.
During the summer of 2014 while in Ibiza, Natalie launched a successful crowd funding campaign, ‘Life’s Surprises’, to support the making of eXhale. The album was then recorded with Vivek at his studio in Goa. Natalie returned to the Spanish island with Vivek in September 2016 to present eXhale to many of it’s backers. The album, was well received, including a feature on Ibiza Global Radio.
As well as live performance, Natalie continues to lead vocal and healing workshops for retreats and organizations and has developed Conscious Voice - an uplifting technique for music lovers that use the power of music, meditation and other self reflective tools to encourage self discovery and positive change.
Most recently, Natalie has turned her talents to the area of film. Again working with Vivek Philip, they have just finished the film score for the movie ‘Shreelancer’ directed by Sandeep Mohan. As well as vocals, the score features two songs (Life’s Surprises and Hold On) from the album ‘eXhale’. 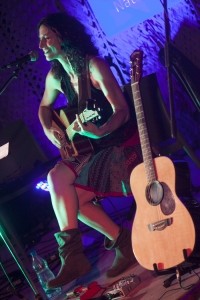 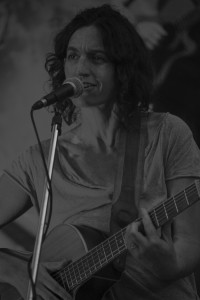 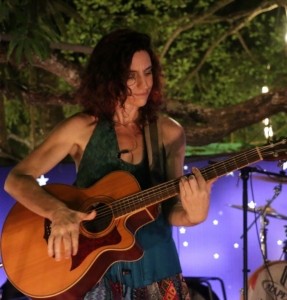 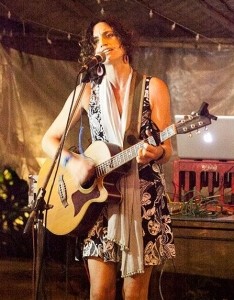 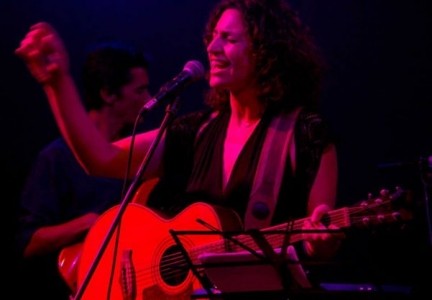 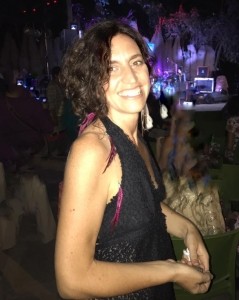 Since 2009, Natalie has been performing at private parties, creative events, live music venues and weddings (during the ceremony as well as at post ceremony receptions) in Ibiza, Spain and India. Playing on average 2-3 times a week, Natalie has extensive experience as a solo, duo, trio and big band (six piece) performer, able to hold an intimate crowd as well as large audiences. She has played with a variety of talent along the way and is happy to work with DJ's, other musicians as well as her own band. Natalie also has extensive studio recording experience, releasing two of her own albums as ... well as guest appearances for others.Atzar