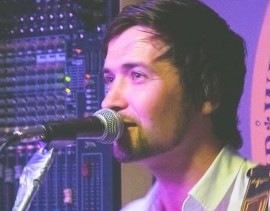 My act is dedicated to entertain, whatever the occasion. Since travelling extensively thoughout Europe playing in Irish Pubs and Cruise Liners, my set has grown to cover all genres of music. Lively entertainer and upbeat songs with as much banter as I can provide.
: 0759718XXXX Click here to reveal
full number

When contacting this member, please state that you are viewing their Entertainers Worldwide profile.
Request a Quote
Share this Page:
Profile Views: 300
Report this profile

My act is dedicated to entertain, whatever the occasion. In the beginning of my music carreer, I was playing mainly rock'n'roll and ambient music. For example Kinks/Kings Of Leon and Otis Redding/Jack Johnson. After playing to larger and varied audiences my style including more chart and Irish Folk/Trad.
Since travelling extensively thoughout Europe, playing in Irish Pubs and Cruise Liners, my set has grown to cover all genres of music. Lively entertainer and upbeat songs with as much banter as I am allowed to provide.
Having played 500+ shows in 12 diiferent countries, my experience ha ... s guided me to a certain style and song selection that suits the audience whatever the situation. I am always keen to try new territories and challenges that I can learn from, and build upon.

My music career started quite late at the age of 25. It began with busking away from home, in Galway. Playing mostly my own music, I got some radio play and shows just from playing in a side street. Based in Derry I quickly tried to build up some gigs locally. Soon I had weekly residencies and a band. The band released an original CD and played some covers in the set, this enabled a good following providing gigs further afield in Belfast and Dublin.
After the band had split I continued to play the shows as a solo act. In some cases the audiences preferred this and I was soon being offered ... wedding gigs and birthday parties. Some of these took me to Scotland and then Barcelona.
Shortly after I was then I was approached to apply for a scandanavian booking agency. Within a fortnight I was on my way to Denmark to perform two shows before heading off to Stockholm to board my first cruise ship.
From then, 2013 I have performed some 500+ shows abroad. Most notably 32day stint for the cruise liners on the Baltic sea and a six week tour in New York/New Jersey. Other events include tours in Belgium, Denmark and Irish pub residencies in Salou, Grab Canaria and Lanzarotte.
At home I work for several agents playing festivals corporate events and hotels such as Belfast's Europa. Also I enjoy the vibrant pub scene in Derry and Belfast which has several great venues to play. 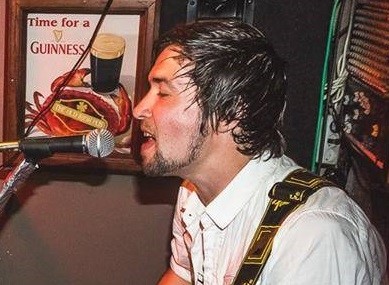 One client is Brophy Bookings based in Denmark, they provide professional contracts for Irish Pubs and cruise liners in Scandanavia.
Terry Holland, based in N.Ireland. Hotels, Private Functions and Pub gigs. Providing entertainment for high end venues such as Europa Hotel Belfast and large coporate events.
Other clients include Pubs and venues that have employed me directly. For example Ramada Hotels, Christy's - Salou, Scruffy Murphy's - Puerto Rico, Irish Times - Belgium, Laverys - Belfast plus many others.