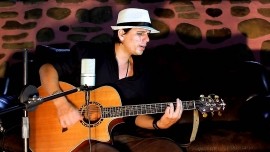 Used to larger public with a fresh, passionate style he attracts his audience with his virtuous guitar and organic voice. He performed in countries like Luxemburg, Spain, Peru, Egypt front of a 2000 people audience. He's finalist at the John Lennon Songwriting Contest
: 0486 278XXXX Click here to reveal
full number

When contacting this member, please state that you are viewing their Entertainers Worldwide profile.
Request a Quote
Share this Page:
Profile Views: 266
Report this profile

Singer/Songwriter, producer, guitarist and founder of
“Supremacía Terrenal” band. Sri Nassú has a large experience on
international stages from Spain to Egypt and Peru. Throughout his songs you
can feel the power and vibes existing within earth, water, fire, wind and the
immeasurable deepness of the Peruvian Amazon where he was born. Owning
Luxembourgian and Peruvian nationality, he’s fusing western styles like
funk, pop-rock, blues and folk with Latin genres, creating new and fresh
musical expressions. He is able to captivate his public during his shows,
showing up an extraord ... inary skill on the electric guitar.
Used to larger public, performing at festivals in Madrid and all
over Spain, he performed as well at the COP 20 (Climate Change
Conference) in Lima and the “El Genaine Theatre” in Cairo, Egypt. The
songs of his band are being broadcasted on Peruvian radio and TV. Lately his
band has been introduced twice on national TV Channel, TV Peru, where two
of his video clips reached a potential public of 30 million habitants. His
instrumental cues are being licensed on TV shows and documentaries –
DISCOVERY CHANNEL - MTV CATFISH. Recently he got an exclusive
live interview in Luxemburg RTL Talk Show LIVE PLANET PEOPLE.

Being a talented and
multi versatil singer/songwriter, he’s
also a producer, able to compose from
unique soundtracks to latin pop, alt
rock, electronica, funk, blues and even
ethnical tracks. Used to work in
professional recording studios with
bands as well as recording his own
songs, he’s able to bring the magic out
of the studio, recording live sessions as
well as virtual instruments. Among the
multiple plugins he uses, his favorites
are Wave and Izotope. During his
forming, he obtained two certificates at
BERKLEE College of Music: “Music
Production” and “Music Compo ... sition”. 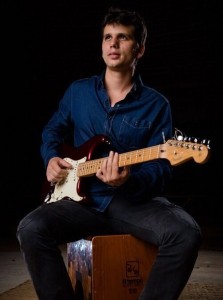 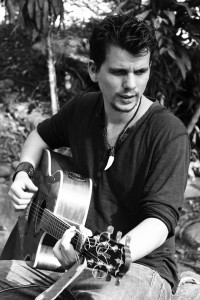 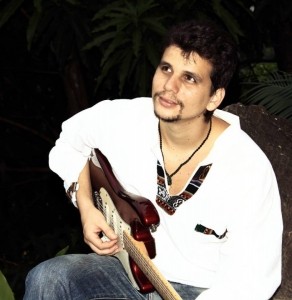 Share this Page:
Click here to view all of our Guitar Singers on Entertainers Worldwide
Browse all Entertainment Hire options!