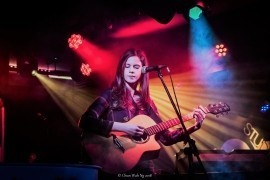 (no reviews)5.0
Country: United Kingdom
Based In: Kilburn, London
Performs: Worldwide
From: £150

Zoe Wren's 'smooth yet striking' voice and accomplished guitar skills have won her gigs from The Shard to Cambridge Folk Festival and BBC Radio 2 airplay. With a huge repertoire from folk to jazz to pop, Zoe is experienced at captivating crowds with a memorable show.
Request a Quote
Share this Page:
Profile Views: 1780
Report this profile

Zoё Wren's 'smooth yet striking' voice and accomplished guitar skills have won her shows from The Shard to Cambridge Folk Festival and BBC Radio 2 airplay. With a huge repertoire from folk to jazz to pop, Zoё is experienced at captivating crowds with a memorable show.
She has performed professionally as a singer-songwriter, session musician and official London Underground Busker for over four years and developed her musical and storytelling craft. In order to provide the best possible musical experience, Zoё will always tailor her setlist to the occasion, taking into account client pref ... erences in genres and artists, and accommodating specific song requests if made sufficiently in advance.

Since her beginnings as a busker in Camden, Zoё Wren has gone on to perform on stages from Cambridge Folk Festival to Glasgow Celtic Connections, and 100 Wardour Street to The Shard. She is a winner of the PRS Lynsey de Paul Award, and has had airplay on BBC Radio 2 on the Bob Harris show. Drawing on influences from the unorthodox harmonies of Joni Mitchell to the honest storytelling of Tracy Chapman, and mixing these with cinematic pedal effects, Zoё is creating a sound that Fatea magazine has called 'refreshingly bold.'
Zoё has been selected for the roster of live music agency TALENTBA ... NQ, who represent many of the UK's best independent artists. She was named Laurel Canyon UK's Favourite New Artist of 2018, and won an artist development prize and was shortlisted for Best Female Solo at the NMG Awards. As well as opening for acts such as Chris Leslie of Fairport Convention and Ralph McTell at the Cambridge Corn Exchange, Zoё can still be spotted busking, as she now holds a coveted London Underground busking license. Her latest EP Gold and Smoke, based on contemporary re-tellings of traditional folk stories, is out now with Folkstock Records. 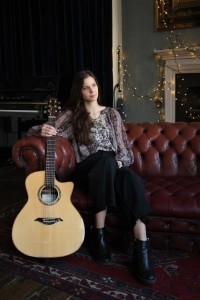 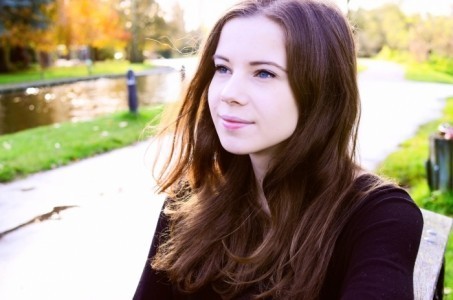 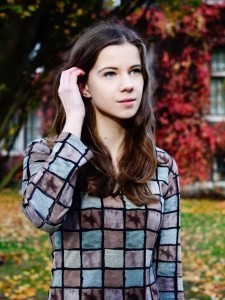 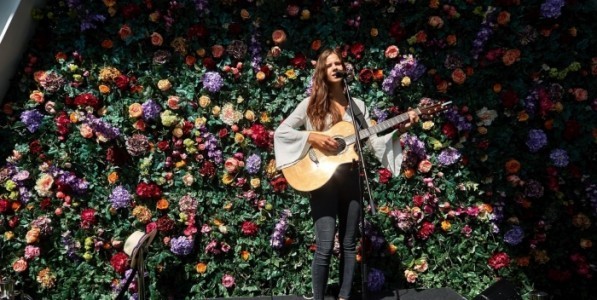 On top of years of experience as a professional musician and official London Underground Busker, Zoё has a Music Degree (BA Hons) from the University of Cambridge and began her musical training as a classical pianist (Grade 8 Distinction ABRSM).
As a session musician, she has provided guitar, piano, bass and vocals for bands in styles from Americana-Folk (Chris Fox) to Punk Pop (DIDI) and regularly sings for the Commonwealth Orchestra's chamber choir, recently recording at Abbey Road Studios alongside Mica Paris.
She has been accepted onto Live Music Now, a scheme which provides trainin ... g and opportunities for young musicians to perform for audiences who do not usually get the chance to listen to live music, such as children at special educational needs schools and older people at care homes. Zoё is also experienced as a workshop leader, having been part of Sing Inside while at university, a student-led charity which takes singing workshops into local prisons.