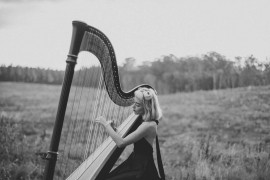 (no reviews)5.0
Country: Australia
Based In: Brisbane, Queensland
From: Contact

One of Queensland’s most in-demand harpists, Janita delivers excellence both as a soloist and chamber musician. Janita has performed with the likes of Josh Groban, and has an extensive repertoire that stretches from classical and jazz to contemporary pop.
Request a Quote
Share this Page:
Profile Views: 625
Report this profile

One of Queensland’s most in-demand harpists, Janita Billingham has distinguished herself as a soloist and chamber musician. In 2015 Ms Billingham earned the Bachelor of Music in harp performance at the Queensland Conservatorium of Music, under the instruction of internationally acclaimed harpist Sebastien Lipman. Janita has performed frequently with a number of orchestras including the Queensland Conservatorium Symphony, Queensland Youth Symphony, Brisbane Symphony Orchestra, Queensland Philharmonia, Brisbane Philharmonic Orchestra and Brisbane City Pops Orchestra.
Janita has appeared wit ... h prominent artists Josh Groban and Andrea Bocelli. Her extensive repertoire encompasses great classics and innovative new works and she plays for a variety of audiences at a range of venues. She is a frequent performer at Queensland's Government House, where she plays for distinuished guests of the Governor. Performing regularly at weddings, corporate functions, private engagements, festivals and funerals, Janita also teaches harp & piano privately. She plays a beautiful full sized concert-grand harp, handmade in Chicago by Lyon and Healy. Her harp is unique in that it has been fitted with a pick-up, meaning it can be amplified and connected directly to any electronic equipment. 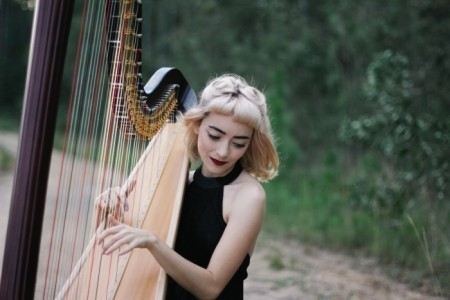 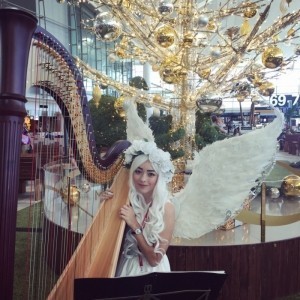 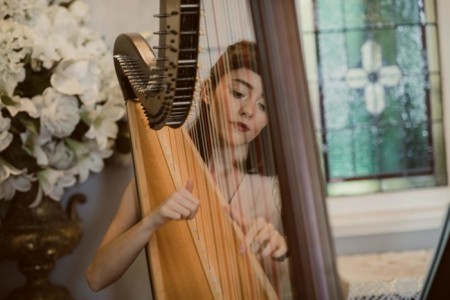 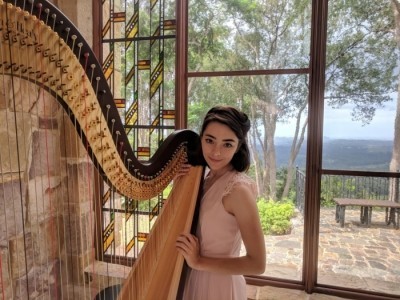 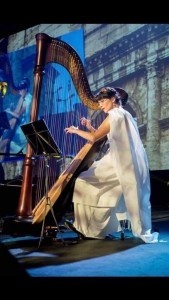 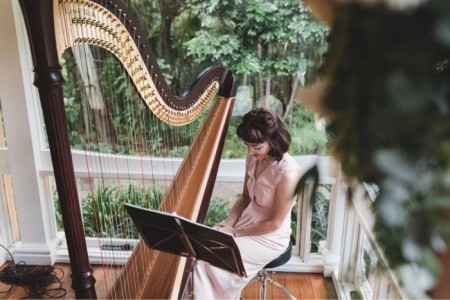 Insured for Public Liability; Harp is fitted with a pick-up, so can be fully amplified.