I'm looking for:
near:
No valid location selected.
You Are Here: Musicians / Harpists / Netherlands / Julian Cardenas 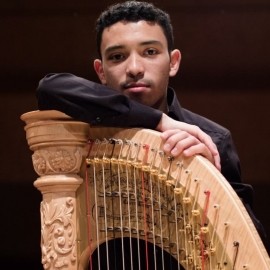 1
(no reviews)5.0
Performs As: Harpist, Wedding Musician
Country: Netherlands
Based In: Netherlands, Netherlands
Performs: Worldwide
From: €350

Perform mainly classical music and some Latin American music. Perform as a soloist but also flexible to be part in any kind of ensemble.
: +31 061760XXXX Click here to reveal
full number

When contacting this member, please state that you are viewing their Entertainers Worldwide profile.
Request a Quote
Share this Page:
Profile Views: 344
Report this profile

The Colombian harpist Julian Cardenas is a freelance musician devoted to the chamber music practice and orchestra performance; awarded in different in competitions in Latin America such as the First Iberoamerican Harp Competition in Argentina, 2014 (Third Prize) and the II Latin American Harp Competition of Santa Catarina in Brazil, 2011 (First Place, Audience Award, and Lyon & Healy Award).
As an orchestra musician, he has been part of the Academy at the Nederlands Philharmonisch Orkest (2016-17). Has performed as Principal harpist of the Symphony Orchestra of Bogotá (2008-15), Nationaal Je ... ugd Orkest (2017); Colombian Youth Philharmonic (2013-15); YOA Orchestra of the Americas (2012); Playing also as guest harpist in professional orchestras like Nieuwe Philharomonie Utrecht; Tiroler Festpiele Erl; Orquesta Filarmonica de Medellín, Orquesta Filarmónica de Bogotá, Orquesta Sinfónica de Colombia; Orquesta Sinfónica de EAFIT in Colombia.
He has performed as soloist with the Symphony Orchestra FEMUSC (Brazil), the Orchestra of the Conservatory of Ibagué (Colombia), the Baroque Music Ensemble of the National University of Colombia (Bogotá) and the Youth Orchestra of Batuta Meta (Villavicencio).
As a passionate chamber musician, he has been part of different ensembles like Het Grachten Trio, Camerata Universidad Javeriana, Linos Trio, offering concerts and taking part in festivals like Grachten Festival, Festival de música de cámara de Bogotá, Fête de la musique in Colombia (2012), Festival de musica de Santa Catarina, among others.
As a former artist, he was part of the leaders program of YOA Orchestra of the Americas (2014). Besides he has offer concerts, lectures and lessons in different festivals and educative programs around Colombia like “First regional harp meeting” (Manizales, 2015); Festival “The harp takes Ibague” (Ibague, 2014); Compensar “Itinerant Music program” (Bogotá, 2012, 2014); Harp teacher at Batuta Foundation (Villavicencio, 2010). Guest artist at the cultural program “Tentaciones” from HJUT broadcasting station (Bogotá, 2014) and, guest artist of the X Rio Harp Festival (Rio de Janeiro, Brazil 2015).
He began his studies at Batuta Foundation and the Conservatory of Music of the National University of Colombia. Following his bachelor studies at the same university under the mentorship of Bibiana Ordoñez and achieving his Master degree at the Conservatorium van Amsterdam under the guidance of Erika Waardenburg and Sandrine Chatron. 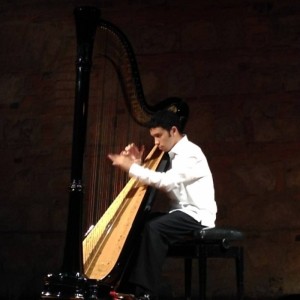 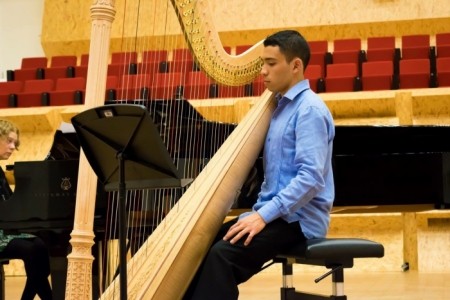 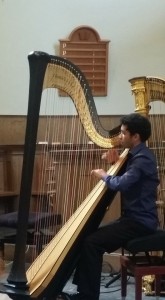 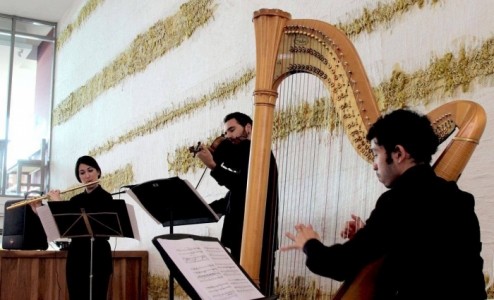 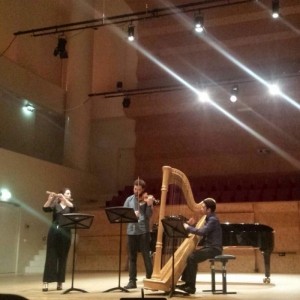 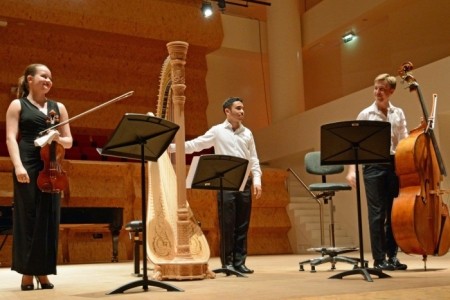