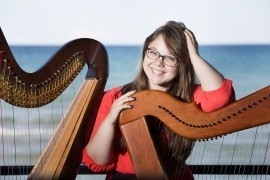 (no reviews)5.0
Country: United States
Based In: Chicago, Illinois
From: Contact

I am a professional harpist that enjoys arranging and playing a variety of styles and genres of music, including jazz, pop, classical, and traditional folk. I perform both as an ensemble musician and as a soloist, and am very comfortable on stage.
Request a Quote
Share this Page:
Profile Views: 148
Report this profile

I am a classically trained harpist who enjoys playing a variety of styles and gigs. I enjoy being able to play both as an ensemble musician and as a soloist. I am very comfortable giving solo performances as the main musician or as the background atmosphere entertainment. I arrange all of the music I play and am happy to play any requests from my clients.

Lillian is a graduate of Northwestern University's Bienen School of Music. She received her Bachelor of Music in Harp Performance in 2015 studying under the direction of Elizabeth Cifani, former Principal Harp at the Lyric Opera of Chicago and her Masters of Music in Harp Performance in 2018, under the direction of the current Principal Harpist at the Lyric Opera of Chicago, Lynn Williams.
Lillian has performed as an ensemble musician with the Chicago Folks Operetta, The Fifth House Ensemble, the Civic Orchestra of Chicago, and the Kankakee Valley Symphony Orchestra, just to name a few.
...
As a soloist, she has participated in many Fleadh Cheoil (Irish music competitions). She has placed first in 20 music competitions. In 2004, Lillian took the silver medal at the Fleadh Cheoil Na h'Eireann in Clonmel, Ireland, under 12, and the bronze medal in the 15-18 age in Tullamore in 2008 and 2009. She has been to Ireland four times. Three times for solo competition, once while studying with Marta Cook, once while studying with Chelsea Link, once on her own, and once for group competition, with the Irish Music School of Chicago, under the direction of fiddle player Sean Cleland. She also competed in accompaniment 15-18 in 2008. 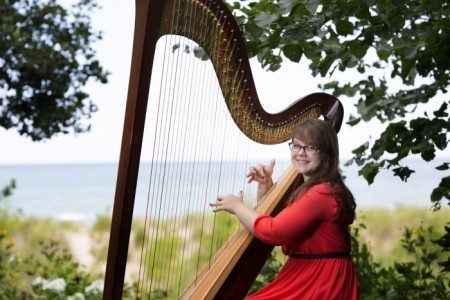 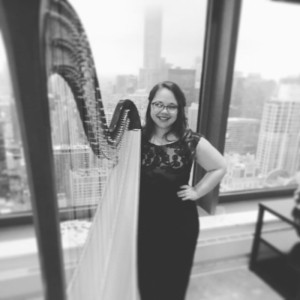 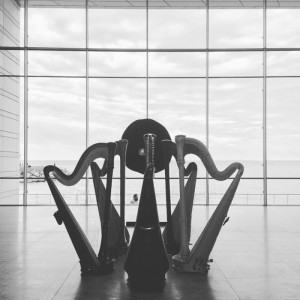