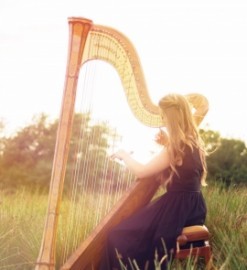 Award-winning UK harpist with over a decade of experience providing music for weddings and events.
: 0787922XXXX Click here to reveal
full number

When contacting this member, please state that you are viewing their Entertainers Worldwide profile.
Request a Quote
Share this Page:
Profile Views: 324
Report this profile

The beautiful sound of the harp is guaranteed to add sophistication and elegance to any event. With over a decade of experience supplying music for weddings and functions, Lucy is committed to providing a bespoke service tailored to suit your individual requirements. Lucy has a wide range of repertoire incorporating classical, folk, popular and jazz music and will tailor any set to suit your individual preferences. If there is a specific song you would like arranging for the harp this can also be arranged. Lucy is happy to travel and has public liability insurance for which she can provide a ... certificate on request. For larger venues amplification is also available.

Lucy Nolan began studying the harp at the age of seven with Eira Lynn Jones after being inspired when it was featured in an episode of the children’s television show, Teletubbies. After graduating from Oxford University in 2013 with a BA in Music, she continued to study for a Masters in Performance in which she achieved a Distinction. During her time at Oxford she was awarded the Margaret Irene Seymour Award, the Archibald Jackson Prize for outstanding postgraduate results, an Alice Horsman Scholarship and the Oxford Philomusica Young Artists’ platform. She was subsequently awarded an entr ... ance scholarship from the Royal Northern College of Music for an Advanced Postgraduate Diploma in Performance in which she achieved a Distinction. Whilst at the RNCM Lucy was selected to perform as a finalist in the 2019 Gold Medal weekend, the highest accolade the RNCM awards for performance.
Lucy’s work to date has been eclectic and ranges from giving solo recitals and performing Handel's Harp Concerto with New Chamber Opera to appearing on Hollyoaks performing her arrangement of Abba’s ‘I do, I do, I do’ and ITV’s drama, Victoria. As well as featuring in performances for BBC Radio 3 and BBC Radio 4, Lucy has had the honour of working with many inspirational musicians including, Sir Mark Elder, Markus Stenz, Gabor Takacs Nagy and Ian Bostridge and has performed in renowned music venues such as Cadogan Hall, The Sage, Bridgewater Hall and Hong Kong Academy for Performing Arts.
Lucy is a keen orchestral player and has enjoyed freelancing with professional orchestras such as the Hallé and Royal Northern Sinfonia. She recently worked with Manchester Sinfonia to record a CD featuring works for string orchestra and harp and was invited to be principal harpist for the newly formed ProYouth Philharmonia. She currently holds the reserve place for the London Philharmonic Orchestra’s Future Firsts Scheme and whilst at the RNCM she was selected to participate in the BBC Philharmonic’s competitive orchestral placement scheme. In 2017 she toured with the European Union Youth Wind Orchestra in Luxembourg, Germany and the Netherlands. As well being part of the orchestra in residence for the World Music Championship in Kerkrade, they were invited to perform at the World Association for Symphonic Bands and Ensembles’ International Conference.
Lucy is particularly interested in helping to develop new music for the harp and was invited to work closely with the composer, Paul Patterson, to prepare his solo work, Armistice, for a performance at the World Harp Congress in Hong Kong. She also gave the European premiere of his harp duet, ‘Scorpions’, as part of the Chroma Harp Duo, a piece for which they were awarded first prize in the ensemble class at the Camac Harp Competition in London and the UKHA prize for the best performance of a work by a British composer.
She is a founding member of the contemporary music group, SHOAL, who were selected to work with the Norwegian composer, Eyvind Gulbrandsen, as part of a Moving Classics project. They have since enjoyed working with a variety of composers and have premiered new works at a number of events, including New Music North West Festival, Bury Light Festival and Hull City of Culture. Most recently they were invited to compose and record music for a short film for Channel 4.
Lucy also enjoys collaborating with the singer, Supriya Nagarajan for Manasamitra, an arts organisation specialising in delivering a range of South Asian arts in innovative ways. They have performed at Huddersfield Contemporary Music Festival and for the Archbishop of Canterbury at Lambeth Palace and are looking forward to performances at The Sage, Gateshead later this year.
Lucy is passionate about bringing classical music to a wider audience. She worked closely with staff and patients at the Intensive Care and High Dependency Units at Blackpool Victoria Hospital, performing and introducing them to a variety of harp music in a study measuring the impact of music in hospitals. She spent two years working at a school in North London as part of the Teach First Leadership Development Programme where she helped to establish an orchestra and secured positions and funding for 5 pupils in the National Orchestra for All, rehearsing with them in preparation for performances at Alexandra Palace and Leeds Arena. She is an enthusiastic teacher and has been awarded a Leverhulme Scholarship for her work as a harp tutor for the Junior RNCM department and RNCM Young Harps’ Scheme. As well as having private pupils, she is currently the harp tutor for Uppingham School and the Transpennine Branch of the Clarsach Society. 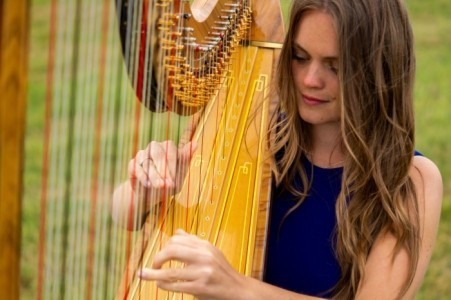 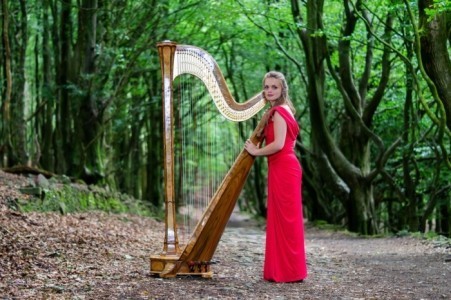 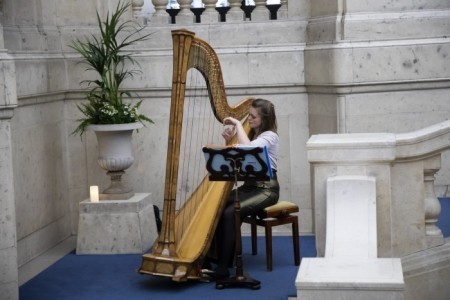 Lucy Nolan-harpist - Harpist - Derbyshire Hill, North of England Event Location: The Wood Norton Event Type: Wedding 21st March 2019
Lucy provided a very professional service at our wedding, she was very easy to work with and prompt to reply to any questions. We selected a few songs that were outside of her normal repertoire but she took the time to learn them and played them beautifully. Many of our guests commented on how special it made our wedding ceremony and that we were lucky to have someone so talented playing the harp at our wedding. I would highly recommend Lucy to anyone looking for a professional, reliable and capable harpist for any event it truly was one of the highlights of our day and made our ceremony extra special.
Reviewed by: Rosie and James Crame
Lucy Nolan-harpist - Harpist - Derbyshire Hill, North of England Event Location: Fanhams Hall Event Type: Wedding 23rd September 2018
Lucy was everything we could have hoped for in a wedding musician! She was able to play exactly what we requested and set up at the venue with no hassle. She played so beautifully; both the adults and the young children were mesmerised! We'd recommend her to anyone - she really made our ceremony magical.
Reviewed by: Katy Laythorne