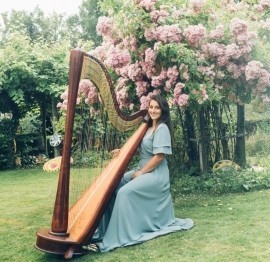 I am a Professional Harpist. Trained at St George's school of Windsor Castle, Eton college and privately. I've played at many weddings and events, art gallery openings and special occasions abroad. I've worked with choirs and groups and have a unique sound.
: 0777566XXXX Click here to reveal
full number

When contacting this member, please state that you are viewing their Entertainers Worldwide profile.
Request a Quote
Share this Page:
Profile Views: 727
Report this profile

I'm a classically trained, Contemporary harpist. I write my own music and love to perform these pieces as well as all-time classics. I've performed for 500 people at a time as a soloist. I love to make my own arrangements of popular songs and can play anything from Deubssy to Drake.

I’ve played all over the globe and in top hotels including The Waldorf, The Conrad off Satin James,
Headsor House and Cliveden. I was chosen to Fat Boy Slim to play in London to announce his tour. My passionate performances have taken me to many exciting and adventurous venues. As a musician, I've played at many functions and weddings and performed in notable places such as Saint Nicolas Church in Prague, Monserrat Monastery of Barcelona, Barcelona Cathedral and Hyde Park Barracks.
I also hold several residencies at top five star London and large country house hotels in and around Berks ... hire and Buckinghamshire as well as Gloucestershire and Worcestershire. I've played at events with such people attending as Mary Berry, Terry Wogan and Princess Anne.
I'm currently working with a spoken word rap artist and really enjoys exciting new collaborations like these and is always open for new ideas.
I was offered a contract aboard the most prestigious of all Cunard Ships, The Queen Mary 2 as a soloist, at the young age 22 and have now completed my second contract, aboard Queen Victoria.
I began my musical learning in Saint George’s School in Windsor Castle, with the principal harpist at the time, for the HRH The Prince Of Wales, Louisa Maria Cordell. I then went onto private lessons inside Eton College with The Royal Philharmonic Orchestra’s harpist Sally Pryce and was also tutored by Los Angeles based Sarah Goss. I've also been under direction by many other wonderful harpists, including Jazz harpist Tara Minton and Suzy Willison Kawalec. 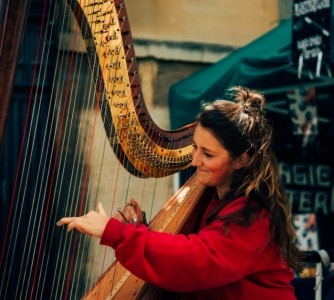 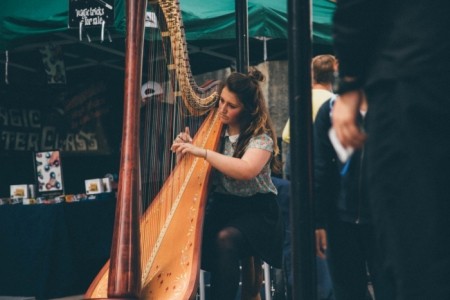 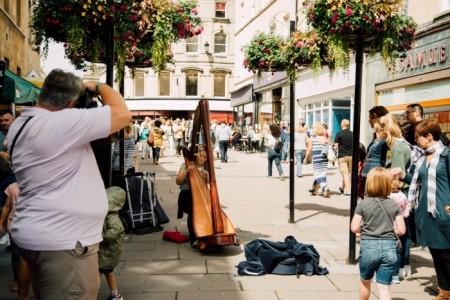 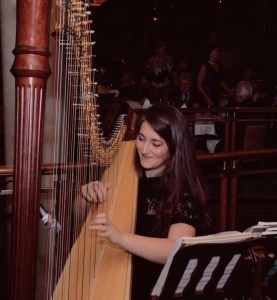 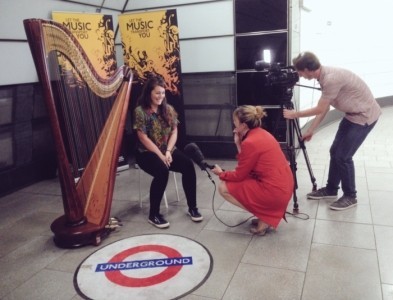 I've played in notable places such as Barcelona Cathedral and Saint Nicolas Church Prague. I've played in front off 500 people at any one time and have been requested for private concerts of 5 people and 35 people.
I enjoy playing abroad and travelling and I love to perform with other musicians.