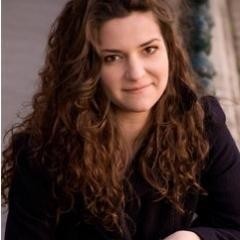 Rita Schindler is a Birmingham, Midlands based Harpist, combining exquisite sound and exceptional talent to provide a classical and elegant atmosphere for event ranging from wedding
Request a Quote
Share this Page:
Profile Views: 1310
Report this profile

At the young age of twenty five, Hungarian harpist Rita Schindler is establishing a reputation as a notable musician, who’s playing has been described as being ‘beguiled with a broad range of colours’. She has given solo and chamber music recitals for a wide range of audiences and has provided entertainment for British and foreign royalties including HRH the Prince of Wales. Rita has performed professionally in and in front of numerous orchestras, in Britain and across Europe, working with the highly acclaimed City of Birmingham Symphony Orchestra,
Welsh National Opera, Mid Wales Opera ... Company, Birmingham Chamber Orchestra, Central England Ensemble, Birmingham Philharmonic Orchestra, Thallin Ensemble, Sinfonia of Birmingham to mention a few.
?
Rita began to sing and play the piano at the age of eight. At twelve she was accepted to Zoltán Kodály Hungarian Choirschool, in Budapest, where she later began her harp studies at the age of fourteen. During her early years she won National Choir Competitions and sang in Gregorian Festivals around Europe, and in 2004 she was a prize-winner at the Hungarian National Harp Competition. In 2005 Rita continued her harp studies, at Saint Steven Conservatoire with Katalin Nagy.
Rita began her undergraduate harp studies in 2007 with Catherine White at Birmingham Conservatoire, where was awarded a scholarship. During her undergraduate years, Rita played with many symphony orchestras and ensembles around the West Midlands, and became a member of the City of Birmingham Symphony Orchestra's youth orchestra. In 2008 Rita was selected to be a Young Artist of the Royal Philharmonic Society and also became a Sir John Barbirolli recipient. In 2010 Rita won first prize with distinction in the chamber music competition at the North London Festival of Music and Drama, and in 2012 she won the Concerto Competition of the Central England Ensemble.
?
Rita has played in master-classes with renowned harpists including Caryl Thomas, Isabelle Perrin, Elinor Bennett, Karen Vaughan, Gabriella Dall'Olio, Skaila Kanga, Milda Agazarian, Irina Zingg, Robert Johnston, Bryn Lewis, Helen Tunstall, Helga Storck, Alice Giles and Sioned Williams.
?
Alongside her flourishing professional career, Rita is currently earning her Artist Masters in Performance, on a part time basis, at the Guildhall School of Music and Drama, in London, under the guidance of Imogen Barford. 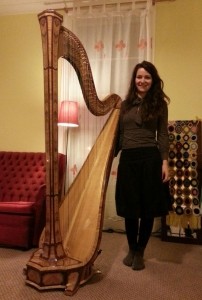 Rita received the honour to finish this Britten year with a live broadcast on BBC Radio4 of the Midnight Mass from the beautiful St Chad's Cathedral, Birmingham. Alongside the Cathedral Choir, Rita will be playing movements of 'A Ceremony of Carols' by Benjamin Britten.