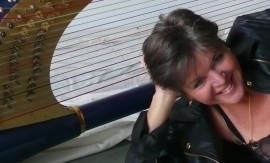 (2 Reviews)5.0
Country: Australia
Based In: Victoria, Victoria
Performs: Worldwide
From: $450

Sultans, kings, prime ministers, world leaders, royalty... maybe even genies...British harpist, Vanessa McKeand has enthralled audiences from all over the world and from all walks of life with her playing, performing in caves to palaces, in flat-bottomed boats to dhows!
: +6146625XXXX Click here to reveal
full number

Set lists vary according to function, everything from classical to popular artists.

Sultans, kings, prime ministers, world leaders, royalty...maybe even genies...British harpist, Vanessa McKeand has enthralled audiences from all over the world and from all walks of life with her playing, from performing in caves to palaces, in flat-bottomed boats from Florida to Lake Erie, to Arabian dhows on the Indian Ocean!
Vanessa has performed all around the world on her bright blue 47 string electro-acoustic harp, aptly named The Big Blue. The great thing about this particular harp, Vanessa says, "When I am doing outside gigs, it can just be plugged directly into the amp and...off w ... e go!" Originally from Britain, she also studied in the US and France. She has performed extensively throughout the Middle East, in Jordan, United Arab Emirates, and in particular Oman. There, Vanessa taught the harpists of the Sultan of Oman’s 'Royal Oman Symphony Orchestra', and was the resident harpist for the eminent guests of the Sultan when they visited Oman. Four years ago she arrived on the shores of Australia, where in Darwin she performed concerti with the Darwin Symphony Orchestra, and has developed a chamber music recital series called “All things Music”.
Winner of numerous awards and prizes for her playing, Vanessa recorded for Virgin Records: French Music with the English Chamber Orchestra and the Allegri String Quartet. Although she performs as a concerto artist, soloist, and in chamber music recitals, she believes her forte is in performing light music from musicals, popular opera, jazz and even some Led Zeppelin and Metallica.
Vanessa is now based between Europe and Australia and the magical and mysterious sounds of the harp are always a delight to hear, but in this musicians hands, it is a rare treat! 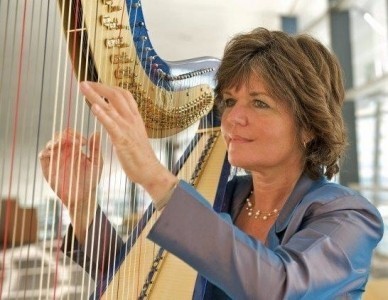 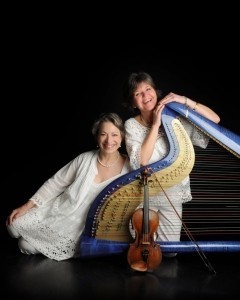 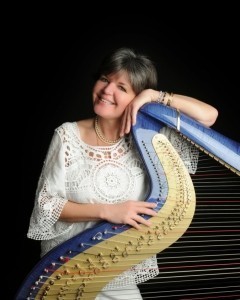 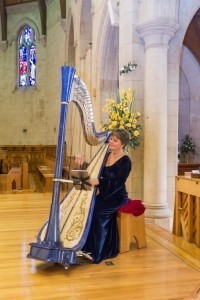 Vanessa McKeand - Harpist - Victoria, Victoria Event Location: Pershore, Worcestershire Event Type: Concert 9th August 2019
MV2 were just a delightful duo to have for our concert here in Worcestershire. Their delivery for both music and stories was fully entertaining and had us all engrossed from beginning to end. Thank you to you both.
Reviewed by: Pippa Hilton
Vanessa McKeand - Harpist - Victoria, Victoria Event Location: Melbourne Botanical Gardens Event Type: Wedding event 14th November 2018
Vanessa was a joy to have play for our wedding and she helped to make it extremely special. We thank you.
Reviewed by: Charlene Asqcui