You are contacting Andy Gale 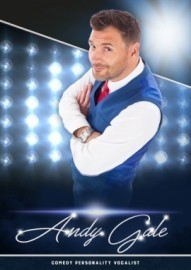 (no reviews)5.0
Country: United Kingdom
Based In: Doncaster, North of England
Performs: Worldwide
From: £250

OUTSTANDING PERSONALITY COMEDY VOCALIST Uber talented Andy began performing at the age of 14 and has now notched up an impressive 30 years of experience on stage & screen. Hailing from Sheffield, South Yorkshire, Andy began his career as a holiday park entertainer wher
Contact Me / Request a Quote
Share this Page:
Need Help?