I'm looking for:
near:
Or click here to view a list of all locations
Search Results For: Other Comedy Acts / United Kingdom / East of England / Essex / Basildon

Other Comedy Acts for Hire in Basildon, Essex

Find the best Other Comedy Act in Basildon for your Wedding, Party, Corporate or other Event Entertainment in minutes!

With us you can enquire & deal 'directly' with a Basildon Other Comedy Act...that means no middle man & no 'Agency Fees' added! 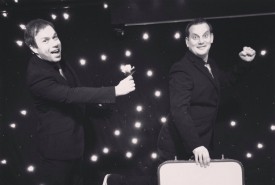