I'm looking for:
near:
Or click here to view a list of all locations
Search Results For: Other Comedy Acts / United Kingdom / North of England / West Yorkshire

Other Comedy Acts for Hire in West Yorkshire, North of England

Find the best Other Comedy Act in West Yorkshire for your Wedding, Party, Corporate or other Event Entertainment in minutes!

With us you can enquire & deal 'directly' with a West Yorkshire Other Comedy Act...that means no middle man & no 'Agency Fees' added! 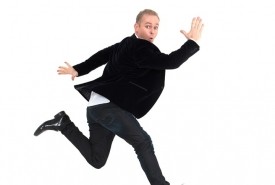 Darren Clynes
Available in West Yorkshire
Based in: Leeds, North of England
(no reviews)
From: £300
Vocal Comedy Show with on-stage audience antics, magic, audience participation and a fantastic vocal show. or 8ighties reloaded, the ultimate tribute to the 1980's. Taking bookings for either show now in 2019 & beyond. Fly backs, cruise work, corporate, UK & away.... (more)
View Full Profile Contact Me / Request Quote