I'm looking for:
near:
Or click here to view a list of all locations
You Are Here: Live Bands / Soul, RnB & Motown Bands / Spain / Timeless 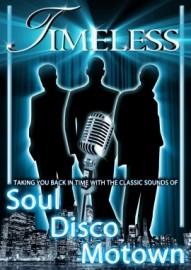 (no reviews)5.0
Country: Spain
Based In: Spain
Performs: Worldwide
From: The fees to be agree

Timeless is a Motown/Soul and Disco act that exactly fits into the 70´s and 80´s revival era. Based in Spain, available to perform worldwide at weddings, corporate events, festivals & more!
Contact Me / Request a Quote
Share this Page:
Profile Views: 7039
Report this profile

It all started out in 1989 when Timeless was brought to stage by Eric Gallant . In April 1989 Timeless was part of a well known talent scout program on the Dutch television, called the Soundmix Show.
At the finals Timeless performed the Tavares song ¨ Heaven Must Be Missing An Angel ¨and almost every one in the Netherlands voted them the winner. After that show the group toured through the Netherlands and different countries in Europe.
The past 24 years Timeless has seen many changes due change of songs and change of members. But the concept of the act has never changed.
They are ... well known for their non-stop exciting act, slick & elegant clothing and captivating musical harmonies. Timeless has always created it’s own distinct style like their name it signifies this everlasting smooth and enduring arrangements of music. Then combined with a continually updated repertoire of memorable songs and remarkable medleys, they can perform and thrill any audience wherever they go.
Timeless exactly fits into the 70's 80's Disco Revival era. With their Motown, Soul and Disco show they amaze each and everyone they meet and are loved ever where they perform.
The act Timeless is established and has a following in Holland, Belgium, Spain, the UK and Surinam ( South America ) trough Birthday Parties, weddings, corporate functions and other events .
This truly International act will fill every dance floor

2003 Present -
Timeless moved to Spain and still working at the Costa Blanca in different Cabaret clubs, such as “ Stardust ”, a Cabaret Lounge Club, ¨ Café Benidorm, ¨U K Cabaret ¨and ¨Morgan Tavern ¨ ( The Neptunes bar as seen in the ITV series Benidorm
2005 Present -
Working for the Kempinski Hotel in Marbella.?Kempinski - Hoteliers since 1897 -Leaders in Luxury for 110 Years
A Member of the Global Hotel Alliance- www.kempinski-spain.com
A Member of The Leading Hotels of the World
Contact: Executive Assistant Manager Sophie Bourquin Kempinski Hotel BahÌa Estepona Ctr ... a. de Cadiz, km 159 - ,Playa El Padrûn 29680 Estepona, Spain +34 952 80 95 00 +34 952 80 95 50 sophie.bourquin@kempinski.com
2004 - 2008
Casino Mediterraneo ® in Villayojosa . www.casinomediterraneo.es
Contact : Manuel – Tel: +34 902 332 141 or +34 607 592 120
1991 - 2003
Exclusive at Total Rocket Management (One of the biggest
bookings agencies in Holland ), Timeless acquired work from all major booking agencies in the Netherlands, performing at company parties and numerous major events.
www.rocket .nl
Contact : Ludo Voeten
Rocket Agency b.v./ Rocket Events b.v. Hogeweg 81,5301 LK Zaltbommel T 0418-576085 F 0418-576086 E ludo@rocket.nl
2009
Timeless and Friends in concert at the Anthony Nesty indoor stadium in Surinam.
Kontakt persoon: Sammy Doerga: Tel : +597 456922
2008
Timeless in concert at the Anthony Nesty indoor stadium in Surinam for 4,000 people Contact : Sammy Doerga - Tel + 597 497 645 Ballroom Energy
1996
The Album – One More Step to take – release
1995
Single release – Where is the Love –?Reaching no 10 on the Top 40 Netherlands Pop Chart which Ignited a surge of television appearances and performances, followed by extensive touring thru out Europe in countries such as Portugal, Belgium and Germany.
1994
Performed for on the Dutch commercial television hit show “Gold and New” mesmerizing audience with new medleys every week
1991
Headlined aboard the Cruise Ship Silja Line Finland – Sweden
1989
SHOWMIX 89 Winners Attaining First place on the popular television Show Case in the Netherlands in 1989. 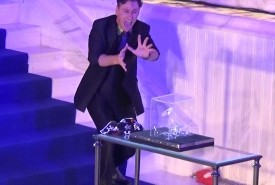 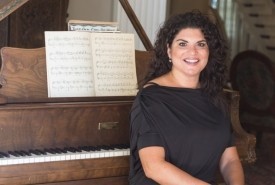 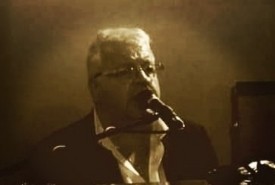 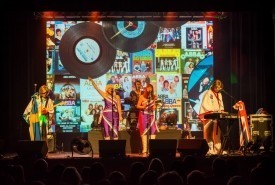 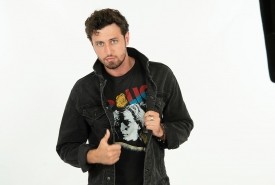 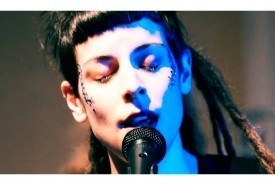 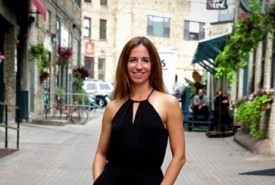 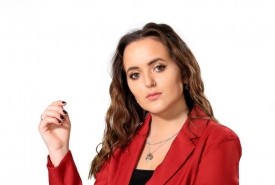 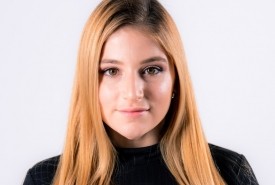