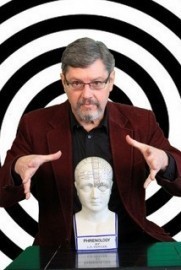 (no reviews)5.0
Country: United States
Based In: Colorado Springs, Colorado
Performs: Worldwide
From: $700

Dr. Faria is one of America's Premiere Comedy Stage Hypnotist's-Just what the Doctor ordered.
Request a Quote
Share this Page:
Profile Views: 500
Report this profile

Faria was taught stage hypnosis by an old carnival worker when he was 17 years old. Since then he has gone on to perform in 13 countries, for such dignitaries as United States Ambassadors, the Kuwaiti Royal Family, and our troops in Iraq. Faria has been the opening act for such well known stars as Bill Cosby.
You'll witness an incredible journey into the three-pound universe we call the brain. Both for the volunteers on stage and the audience in their seats it is an exciting demonstration of hypnosis at it's best. With over 25 years of performing experience, Faria will present to your group ... only the finest in Hypnotic Entertainment!
A "typical" Faria Performance* is anything but typical:
Preshow Phenomena
Incredible Induction
A Vacation on Trance-world Cruise Ships
A trip back to Kindergarten
Visit to the planet of the TV people: you'll meet CPT Kirk, Gilligan, Andy & Barney, and special talk show guests(Elvis?, The President?)
The X'tra Files: Cases from beyond your imagination
Post Hypnotic Symphony of Suggestion
*Every Performance is unique and several shows are tailored to holiday seasons (Halloween, Christmas, etc).
Performances are typically 45 minutes to 90 minutes in length depending on the number of participants, the performing conditions, and other factors.

Dr. Faria is a crowd favorite who has hypnotized thousands in the 25 plus years he has been performing internationally as a Comedy Stage Hypnotist. Faria was taught stage hypnosis by an old carnival worker when he was 17 years old. Since then he has gone on to perform in 13 countries, for such dignitaries as United States Ambassadors, the Kuwaiti Royal Family, and our troops in Iraq. Faria has been the opening act for such well known stars as Bill Cosby. The traditional hypnotic show in the past was humor at the expense of the audience members but during his show Faria makes the audience membe ... rs the stars. He highlights and accentuates the talents and creativity of the volunteers- "I never embarrass them." The Comedy Hypnosis or Hypnokomedy Show is very unique entertainment and is called one of the greatest shows on earth demonstrating the power and abilities of the 3 pound universe of the brain and mind. 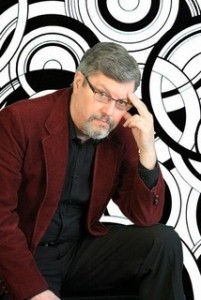 Faria hypnotized thousands around the world, both in his shows and in his "Magic of Managing Stress" seminars. For corporate clients to private parties, to after-prom and grad parties Faria has been hypnotizing for over 25 years. He has lectured, written, and authored several books, his latest is "Come Trance with Me," an introduction to Stage Hypnosis.