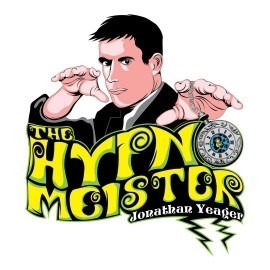 (7 Reviews)5.0
Country: United States
Based In: Fort Worth, Texas
Performs: Worldwide
From: $1500

My comedy hypnosis show is non-stop entertainment from beginning to end. This show is designed to wow and amaze the audience, keeping them on the edge of their seat laughing for more. Shows can be designed for a G to R rating depending on the needs of the event.
: 817832XXXX Click here to reveal
full number

*****Texas Longhorns Hypnotist, seen on ESPN, Sports Center, USA Today, Fox News and many many more worldwide******
*****Awarded Gigmasters Best of 2016/2017/2018*****
*****Gigmasters' Number 1 Hypnotist*****
Don't just hire a hypnotist, hire a true professional. Someone who will go the extra mile to ensure that your event will be memorable for years to come. Clients who hire me aren't just getting a comedy hypnosis show, they are starting a tradition. A tradition that everyone will be talking about and that will last for years to come.
I am one of America's top hypnotists. I have ... perfected my craft in Las Vegas and I perform comedy hypnosis shows all over the country. I have performed for high school graduations, fundraisers, social events, parties and more. My shows are high energy, funny, friendly, and encourage audience participation. Everything that I do is intended to entertain and to ensure both the volunteers on stage and the audience are having a great time. No one will leave the show without having a great time and everyone will be talking about the show for months after.
The show starts the moment I arrive. I start off by interacting with the crowd and performing Street Hypnosis. This is a very fast, fun, and interactive way of demonstrating the powerful phenomenon of hypnotism. I introduce myself to groups of people as the hypnotist for the evening which always gets lots of attention and questions from the other members in the crowd. Questions like: "Is hypnosis real?" "How does hypnosis work?" or my favorite "Can you hypnotize me?" Instead of answering their questions with a verbal answer, I give a very fast and powerful hypnotic demonstration. Within 90 seconds I have people's eyes locked shut, make people forget their names, or stand absolutely still like a statue. The crowd response to street hypnosis is nothing short of absolute awe and amazement.
When it is time for me to start the stage show, my introduction plays and we get started. I give a quick explanation on how hypnosis works while demonstrating the hypnotic phenomenon with the entire audience. After the explanation and demonstration, I invite members of the audience to come up on stage and be the stars of the show. Generally, more people will volunteer than I am able to safely work with on stage and I will have to send some back to the audience, however, 10-12 volunteers will remain on stage for the duration of the show, which is 50-60 minutes.
Contact me to start your tradition today!

I have always been interested and fascinated with hypnotism but it wasn't until recently that I started to do something with that passion and curiosity. Over the past few years I have grown in my craft both on and off the stage. My philosophy is that you have to get out there and do something to get better at it. You can read and study all you want, but until you get yourself up on that stage, you will never truly learn. I learn more from one show that I could ever learn from reading or studying this craft. 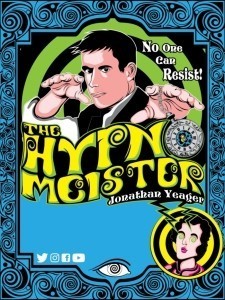