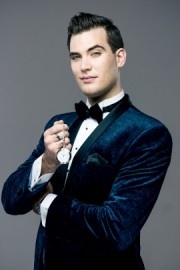 When contacting this member, please state that you are viewing their Entertainers Worldwide profile.
Request a Quote
Share this Page:
Profile Views: 2383
Report this profile

What to expect from Isaac Lomman’s Stage Hypnosis Show:
You can expect laughter. You can expect amazement. You can expect an experience that the audience will never forget for the rest of their lives!
Here’s why: Isaac’s Stage Hypnosis Show is designed on audience participation. That means volunteers from the audience become the stars of the show and when their friends, colleagues and family in the audience are waiting with baited breath to see what twists and turns are in store for them on stage you can be sure of a fully immersive entertainment experience for all.
“Audiences wil ... l leave this experience amazed by the power of our own imaginations!”
Throughout the show he focusses on the remarkable strength of the stars imaginations and their creativity so they’ll be able to look back on the experience with no regrets as he ensures a fun, safe experience on stage.
Enter a hypnotic world as you witness this master of mesmerism at work!
Being based entirely on audience participation, every show is different to the last as willing audience members come on stage to be led into this wonderful, trance state of mind.
“A hilarious sight to see, even more amazing to experience!”
Reality is plastic in hypnosis as audience members are induced into a hypnotic state, Isaac changes their beliefs, their memory and even creates hallucinations on stage in before your very eyes.
In a world of Voodoo Dolls, Kangaroo Racing and Swinging Pocket watches … You never know what is coming next for the stars in this show as anything is possible!

Isaac Lomman is a Comedy Stage Hypnotist, a unique entertainer who fuses the power of hypnosis with hilarious routines to create stars out of members of the audience. Providing a clean show for everyone to enjoy, Isaac creates this hilarity from volunteers only that join him on stage to experience this powerful mental state of focus and imagination.
Highlighting the power of our minds through comedy is Isaac’s mission and you can see him plying his craft all around Australia and parts of the World. Entertaining audiences at Festivals, Fundraisers, Corporate Events or a local Theatre near y ... ou!
Isaac became a Certified Clinical Hypnotherapist (cHt), Master of Neuro Linguistic Programming (mNLP) and Master of Time Dynamics (mTD) in 2010.
Combining his skills as a Hypnotist with his natural Stage Presence and passion for Entertaining he has been performing professionally since 2011.
Becoming widely known for his work with Port Adelaide Football Club in 2014 in the viral video produced by PTV.
Isaac’s shows have become wildly successful through his appearances in festivals like Adelaide Fringe and Theatres around Australia.
Seeing his work on stage as a fantastic platform to deliver a powerful message of just how powerful the Human Mind can be when communicating correctly and directly with the Unconscious Mind to help us achieve goals in all areas of life from Health, Wealth and Relationships. 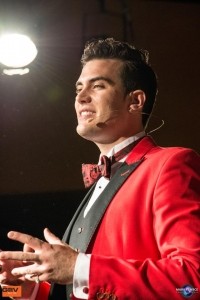 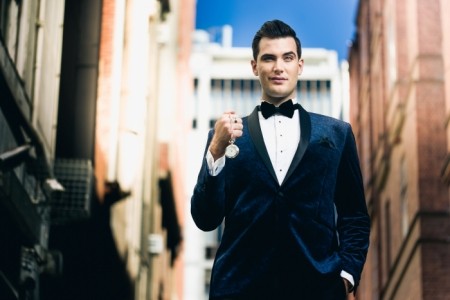