You are contacting Jason Carter 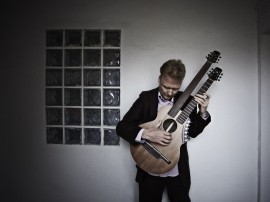 (no reviews)5.0
Country: United Kingdom
Based In: Folkestone, South East
Performs: Worldwide
From: £300

British Harp-Guitarist and Classical/Spanish Guitarist Jason Carter has performed in over 100 Countries and recorded 18 albums. Jason has the gift of being able to perform to audiences of all ages and his stories from his travels have become part of his concerts.
Request a Quote
Share this Page:
Profile Views: 120
✖