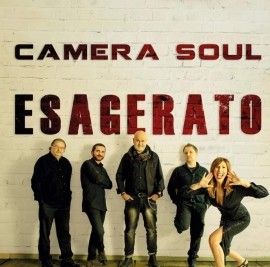 the band is well known in the Jazz Soul Funky music area. Perfect for any kind of event and audience, their repertoire is original but also international cover.
Request a Quote
Share this Page:
Report this profile

Camera Soul is an original jazz / soul / funk project
The band realized 5 albums that received an amazing international response.
After the debut with the first album "Words Don´t speak", the second album "Not for ordinary people" is a small miracle and realizes 3 months of stay in the prestigious UK Soul Chart where it reaches an incredible second position with the legendary EWF at the first.
In the same year the album obtains 11 submissions to the Grammy Awards in several categories and wins 3 Akademia Music Awards from Beverly Hills with the songs "My Heart" and "Locked inside".
The f ... inal consecration takes place with the third album "Dress Code" recorded in 2015, licensed by Azzurra Music label and distributed in USA by the partner Timkatent Ent. and in Japan by P-Vine Record with Tower record distribution.
It stands out in all the international iTunes charts.
Number 1 in UK, France and Spain and high placements in the Top 50 of all European countries.
Dress Code holds the first place in the UK Soul Chart for three weeks in a row, something never done by an Italian band, and it stays for 4 months in the Top 30.
In Japan it reaches the 5th place of the iTunes R&B Chart.
The album "Connections" # 4 rotates on the BBC and in all British radio stations.
# 5 in the UK Soul Chart.
# 16 in the Japanese R&B iTunes Chart and in the top 30 of all European charts in the Smooth Jazz section.
The song "Now" is included in the most prestigious English compilation of Soul music "Luxury Soul"
Now countless invitations to the most accredited Jazz Festivals nationwide, such as the Viterbo JazzUp Festival, the Pozzuoli Jazz Festival, the My Way Jazz Festival, the Roccella Jazz Festival, the Multicultural Jazz Festival, the Jonio Jazz Festival, “Jazz and not just Jazz ”Of Fermo the review of Piazza Duomo in Messina, Maratea Jazz, Experimenta Jazz Festival, Fasano Music, Alberobello Jazz Day, Sant'Elmo Jazz and the Live Tones of Naples, Catania Jazz Festival, Catanzaro Jazz, Salerno IJF, Teano Jazz and many others include the participation in Umbria Jazz Winter 2015/2016 in Orvieto.
In November it made a sumptuous Tour in England.
Camera Soul has performed in Manchester, Birmingham, at the Mick Jagger Center in Dartford (London) and finally on the east coast at Lowestoft.
Equally acclaimed the Camera Soul Combo Tour in the Canaries, performing at the Hard Rock Cafè Tenerife.
The band is getting ready to perform its 100th concert.
The last album "Existence" is an explosion of emotions and conquers again all the achievements of the previous albums but now the attention of the world on Camera Soul is definitive and the continuous requests for interviews prove it (the Tour of radio interviews recently of Maria Enrica in London), the continuous request for participation in concerts but above all the interest of international record companies and the appreciation and interest of the experts.
On everything we are particularly pleased that Camera Soul can be identified with the motivation that accompanied the investiture for our last "Akademia Music Award" from Beverly Hills withdrawn in July as the best Soul R&B album of July 2019:
"It is the opinion of the Akademy Boards that this work represents an important contribution towards the diversity and advancement of the global music community 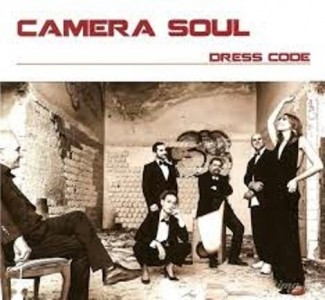 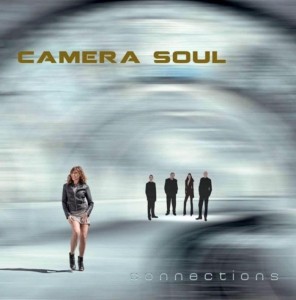 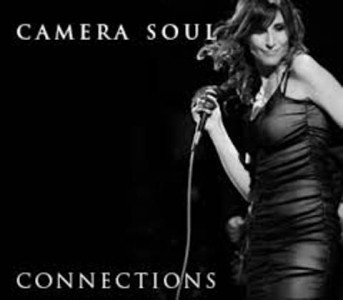 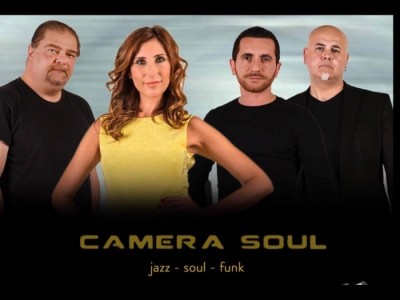 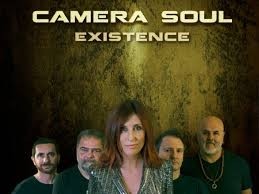 CAMERA SOUL - Jazz Band - Bari, Italy Event Location: Milano Event Type: Corporate event 14th February 2020
Camera Soul show was amazing, the singer has a very special voice and our audience was more then happy. We will book them again for sure. Thank you for showing up.
Reviewed by: Massimo Scheriani