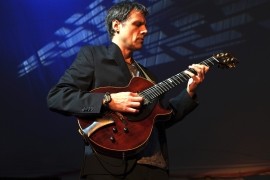 (no reviews)5.0
Country: United States
Based In: Boston, Massachusetts
Performs: Worldwide
From: Contact

Guitarist and award winning composer, Jim Robitaille, has performed internationally as a sideman and a leader of his own groups. His television and live performances include: The BET Jazz Channel, The Time Warner Music Choice Jazz Channel, PBS Television, The Baird Auditorium at the Smithsonian Institute's Museum of Natural History, Washington, D.C, the Bearsville Theatre, Woodstock, N.Y, The Wang Center, Boston, MA, The Knitting Factory and Smoke in New York, U.S.V.I, West Indies, as well as tours in the U.S and abroad performing at festivals and clubs.
Jim has performed and or recorded ... and shared the bill with Dave Liebman, Karl Berger, Bob Moses, Santi Debriano, Esperanza Spalding, Oscar Stagnaro, Kate McGarry, Gerry Gibbs, Julian Lage, The Dizzy Gillespie Alumni All-Stars, and has appeared on over 20 recordings as a leader and sideman.
The Jim Robitaille Group's debut recording entitled " To Music" featuring saxophonist Dave Liebman, received international critical acclaim winning three international composition awards for three of his composition’s from the recording. The CD was number five in the top ten list of 2004 by the Daily Ipirotikos Agon and the Apopsy in Greece and was the publishers pick for All About Jazz and the Boston Herald. The recording received international airplay and was #1 chart-bound on the Jazz Week Jazz charts.
Awards include: The 9th Annual Thelonious Monk International Jazz Composers Competition sponsored by BMI, The 2002 Great American Song Contest, The Julius Hemphill Jazz Composers Alliance Competition, The U.S.A Songwriting Competition, Assets For Artists Grant, and performance grants for the Massachusetts Cultural Council for the Arts.
Jim has studied Guitar and Improvisation with Jazz guitarist and instructor Jon Damian at the Berklee College of Music, Boston, MA, and Improvisation with Charlie Banacos. Robitaille has performed concerts and taught workshops, clinics and master-classes in Quebec Canada, St John U.S.V.I, and at Westfield State College, Berklee College of Music, Brandeis University, Holyoke Community College, The University of Massachusetts Dartmouth, Cape Cod Community College, Connecticut College, Western New England College, Bristol Community College, Falmouth Academy and Tabor Academy.
He is an applied jazz guitar lecturer, ensemble director and founder and director of the Performance Jam Session Series on the jazz faculty at the University of Massachusetts Dartmouth and recently published the book "Sound Origins" Developing Your Musical Identity for musicians, composers and teachers. 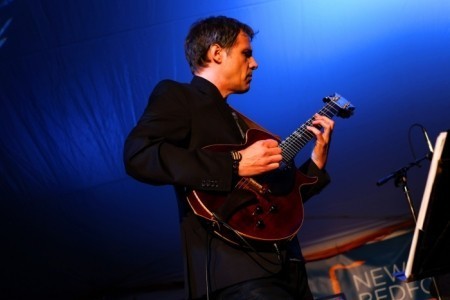 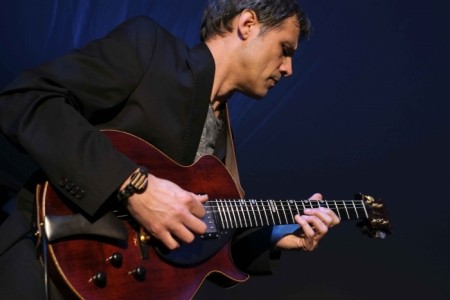 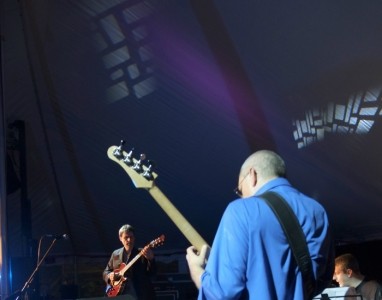 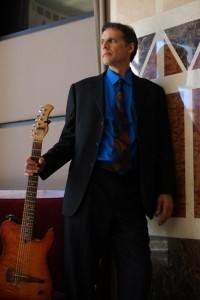 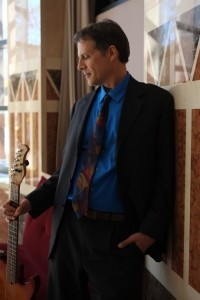 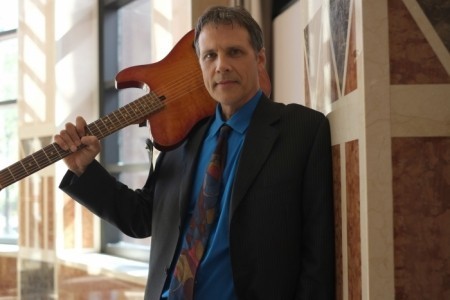 A complete press kit can be viewed at http://jimrobitaille.com/musicdemo