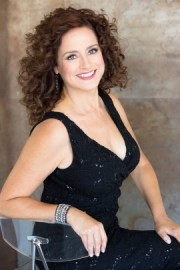 (no reviews)5.0
Country: United States
Based In: USA, Arizona
Performs: Worldwide
From: to be discussed

Marlene Arden | Performer
Marlene Arden is a vibrant, sophisticated, and accomplished Contemporary Jazz Vocalist. Marlene moves effortlessly through Classic Jazz Standards, Smoky Blues, Great American Songbook, Smooth/Contemporary Jazz, Brazilian/Latin, and Contemporary genres giving each her own spin. Her distinctive style and dimension evoke a stellar performance filled with a unique blend of warmth, originality, and sparkle. Marlene’s smooth and soulful voice transports the listener into the song’s essence.
Marlene’s International appeal is heightened through her repertoire of s ... ongs sung in English, French, Portuguese, Spanish and Italian.
Marlene has entertained audiences worldwide as a headline performer and as a bandleader, in long-term engagements at Five-Star Hotels including, The Ritz-Carlton, Chicago; Palmer House Hilton & Towers, Chicago; Four Seasons Hotel, Newport Beach, California; The Westin Banyan Tree, Bangkok, Thailand; Sheraton Imperial Hotel Kuala Lumpur, Malaysia (ITT Sheraton Luxury Collection); Shangri-La Hotel, Jakarta, Indonesia. Other venues include long-term engagements onboard luxury cruise ships including Princess Cruises, Celebrity Cruises, Japan Cruise Line, NCL, and Carnival Cruise Lines.
A lifelong musician, Marlene’s dedication comes not only from education and training, but also from her family. She is the daughter of legendary trumpet player and Bandleader Ben Arden and virtuoso violinist Sylvia Arden. Marlene grew up in Chicago listening to family friends perform such as Peggy Lee, Tony Bennett, Nat King Cole, and Sarah Vaughan, to name a few...their influences helped ignite Marlene’s own musical career.
Marlene has been singing, playing piano and writing music since an early age. She made her professional debut at the age of eighteen singing with her father’s 15-piece house band at the renowned Empire Room in the Palmer House Hilton Hotel, Chicago.
Marlene became the first contemporary singer to earn a Bachelor of Music Degree in Voice, from the prestigious American Conservatory of Music in Chicago. She shared her skills on the Voice Faculty at Sherwood Conservatory of Music in Chicago. Marlene continued as a Voice Teacher/Vocal Coach in Chicago and Los Angeles for over thirty years, most recently in her Arizona voice studio. Marlene inspires her students to develop their natural voice and style, by sharing her passion for music and using her expertise as an educator. Many of her students have successful careers in the music industry... as a solo artist, obtaining lead and supporting roles in Musical Theatre, to getting signed with a record label.
Marlene Arden and Jazz pianist Phil Conti found perfect harmony when they performed together as “The Marlene Arden Trio” in The Downbeat Jazz Lounge onboard The Carnival Destiny. After nearly a decade, they reunited to form “Marlene Arden & Phil Conti.” They were the featured Guest Entertainers aboard Japan Cruise Line’s The Pacific Venus, sailing from Australia, The South Pacific and Japan. The Marlene Arden Quartet received excellent reviews from their performances onboard The Celebrity Solstice, The Grand Princess, and more.
Marlene Arden & Phil Conti’s latest CD, entitled ”‘S Wonderful” is an eclectic mix of Jazz and Contemporary Jazz. Selections include Cole Porter’s “Night & Day”; Gershwin's “‘S Wonderful”; Van Morrison’s “Moondance”; Michael Franks’s “Down in Brazil”; Sassy Bluesy songs, “Fever” and “Why Don’t You Do Right”... to Contemporary Jazz selections, “Rio de Janeiro Blue”, Ronnie’s Samba, and more....
Along with performing with her own band, Marlene has recorded with acclaimed artists including Grammy Award winning Saxophonist Joe Henderson. Marlene has written and recorded her own album, “Where Do We Go From Here?”
Her voice was heard on numerous national radio and television commercials including United Airlines, Kellogg's, General Mills, and Oldsmobile. The Sony Corporation contracted her to write, arrange, produce and perform music for use by Sony/Saab in the United States, and Japan has further cemented her reputation in these facets of the industry.
Marlene’s broad-based musical career spans over thirty years, offering inspiration, eloquence and a splash of spice to any venue she touches. 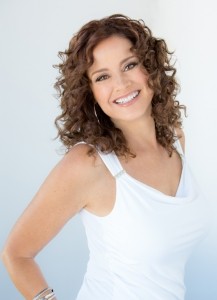 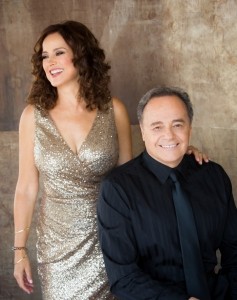