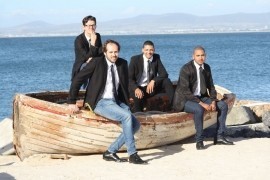 Plays a variety of Jazz standards in the different styles such as Blues, swing, Bebop, Bossa Nova and ballads
: 084922XXXX Click here to reveal
full number

When contacting this member, please state that you are viewing their Entertainers Worldwide profile.
Request a Quote
Share this Page:
Profile Views: 249
Report this profile

Muneeb Hermans:
Trumpeter born in Cape Town, Started his musical Journey in the Cape Minstrel fraternity and later on went off to study Jazz performance at the University of Cape Town. Muneeb plays regularly on the Cape Town Jazz scene with different bands and also performed in various Theatre productions such as Liedjies Van die kaap, Cape Town to Motown, Satin to Sequins, Lets make Music and Mama Africa The Musical. His first Break through was at High school when he was selected for the Standard Bank National schools Big Band in Grahamstown (2012) at the National Youth Jazz festival. In 2 ... 014 he was again selected to be part of the SA tribute Big Band also at the National Youth Jazz festival in Grahamstown alongside top SA, US and European musicians. He was also selected for the 2017 Standard Bank National Youth Jazz Band. Internationally he performed in France,UK,Seychelles,Spain,China,USA where he performed in one of the most prestigious venues in the music world, Carnegie Hall. He was also involved in Various projects such as the Little Giants, Big Time, Kinetika Bloco where he spent a week in London Performing at the 'On Mass' Performance with Jamie Cullum as part of the 2015 London Jazz festival. Muneeb also Performed on four occasions at the Cape Town International Jazz Festival:
2010(Sekunjalo edujazz Big Band) 2012(Alexander Sinton Jazz Band) 2013(Errol Dyers Cape Jazz band) 2016(Tete Mbambisa's Big Sound).
Other festivals and venues he has played Locally and Internationally are Jazz on the Rocks, KKNK festival, Jazz on the lawn, Jazzathon , Melting pot festival(spain), Cape Town Big band festival, Muinzenberg Jazz festival, Mykonos music festival, ADM electronic festival, Gin&Tonic festival, Standard Bank Joy of Jazz festival, The Crypt Jazz Restaurant, The Orbit home of Jazz, Hanks Olde Irish, Native Yards, Harringtons, Haggerston(London), Kaleidoscope, Nassau Centre, The Prince of Wales(London). 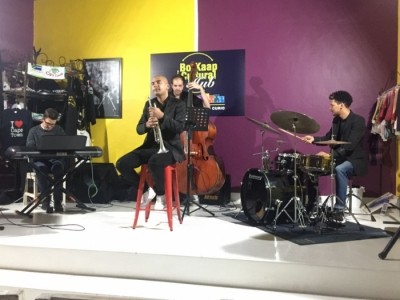 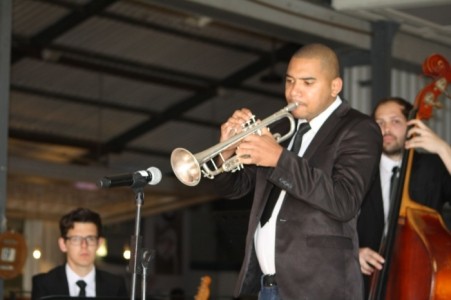