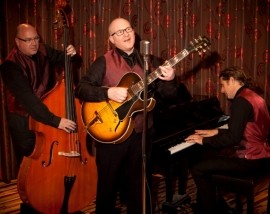 (no reviews)5.0
Country: United Kingdom
Based In: South East, East of England
Performs: Worldwide
From: Contact

The Rob James Band is available in a variety of lineups from duo to quintet.
Trio Lineup :
The trio features Rob on lead vocals/guitar and Lulu on drums/vocals, accompanied by piano. The trio creates a sophisticated jazz and blues feel good musical experience, perfect for weddings, corporate functions, pubs, restaurants and small dance halls.
Quintet Lineup
The quintet is Rob's dance band where Rob adds a double bassist and a saxophone to provide a fuller band sound. This offering is popular for weddings, larger functions and dinner dances.
The repertoire for both lineups covers ... The Great American Songbook, Rat Pack classics, blues, rock 'n' roll, Latin jazz and light pop.
With a repertoire of over 300 songs, the majority being from the Great American Songbook, Rob also takes songs by writers such as James Taylor, Burt Bacharach and Billy Joel, and adapts these classic pop songs to his own pleasing easy listening style.

Rob's love for music began at age 11 when he started playing the guitar. He performed in bands throughout school and university years enjoying regular gigs, a record label signing, recording sessions and BBC Radio interviews along the way.
Rob's formal music training began at age 18 when he studied guitar under renowned UK jazz guitarist Mick Hanson. Since then he has studied guitar and singing with John Cherry, Louis Thorne and Jacqui Dankworth.
In 1994 Rob graduated with an HND qualification in Sound Engineering and then spent 10 years as a Sound Engineer working in London and Nashvill ... e. He contributed to over 50 major label album releases, 4 No.1 records, live recordings for BBC Radio 2 "Jazz night" as well as the Grammy nominated album by Jack Jones, "A Tribute to Tony Bennett". Projects included Take That, Gypsy Kings, Michael Bolton, Joe Cocker, Moody Blues and Roger Daltrey of The Who.
In 2004 Rob returned to performing and studying music more seriously and began to develop his singing style. In 2008 he formed the "Rob James Trio" and since then the trio has enjoyed a busy performance schedule ranging from public performances in hotels, restaurants to private weddings and functions. Uk Venues have included the prestigious Kings Hall at Cambridge University, the Cambridge Judge Business School and Cambridge's famed Chinese restaurant and music venue the "Charlie Chan" where his trio has enjoyed a residency.
The Rob James Trio has also played internationally fulfilling a 3 month residency at Dubai's Premier Jazz bar within InterContinental's Al Baida Golf Club. During this time the trio was honoured to perform for members of the Dubai Government, Michael Portillo as well as a member of Dubai's ruling family.
His repertoire of over 300 songs covers a wide variety of styles including Light Pop, Jazz, Ballroom, Blues, Soul, Rock n Roll and Easy Listening. Rob enjoys performing songs from The Great American Songbook as well as his own songs in the jazz and blues style. 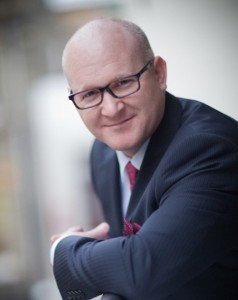 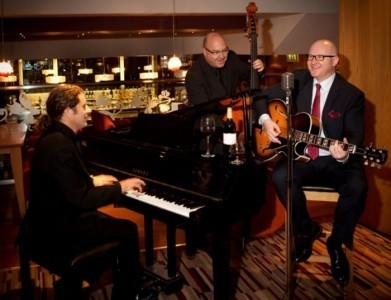